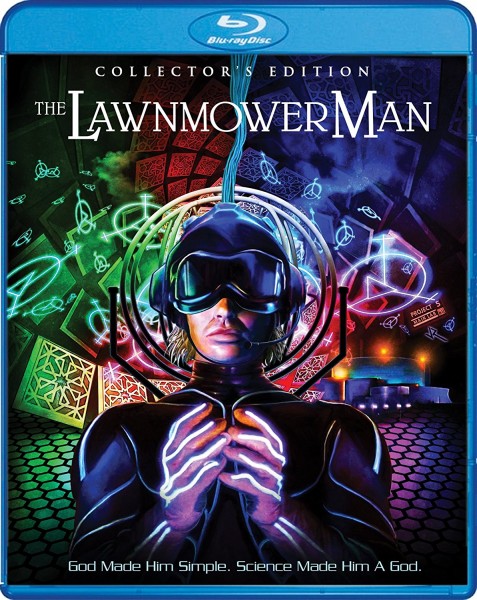 The Lawnmower Man blew my mind in 1992 thinking in the future I’d be able to go on virtual reality trips. At least for three years until Strange Days promised actual brain downloads (I’m still waiting.) Then it blew my mind again on video with an unrated cut that added significant scenes. I think I’d even read those scenes in a novelization or comic book adaptation but I couldn’t believe they’d actually filmed them.

Watching the theatrical cut of Lawnmower Man now I don’t feel I need more. It’s fast paced and keeps the set pieces coming. The animated VR sequences look great in HD. While the animation is basic, the resolution of the Blu-ray still looks better than modern day Oculus Rift, but then of course it’s not 360 degrees. I think The Lawnmower Man holds up better than other CGI because it’s not intended to duplicate reality. You can accept it as a fantasy. CGI that’s supposed to duplicate real people and creatures is more glaring because it doesn’t totally look like those things.

The effects that bleed into the “real world” also exemplify what I feel is missing from modern effects. You can say that Jobe de-pixelating people doesn’t look real but what does a telekinetic VR God de-pixelating people actually look like? It’s not a real thing so it can look surreal.

Live action scenes hold up too, and Jobe’s early overalls and yellow shirt pop out as visual flare. The sound mix is oddly low. Dialogue is hushed, or jumps in mid sentence like mic levels weren’t calibrated. This was my first time seeing the extended cut in widescreen let alone HD.

The “Cyber God” behind the scenes feature is actually on disc one with the theatrical cut, not disc two as it’s labeled. No, Pierce Brosnan didn’t do an interview but you’ve got Jeff Fahey, Brett Leonard and other filmmakers. They address the short story adaptation but noticeably never refer to Stephen King. 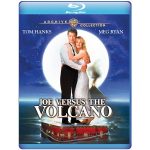 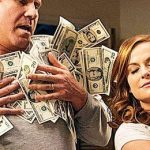 Free Advance Screening Passes to THE HOUSE in New York

Free Advance Screening Passes to THE HOUSE in New York