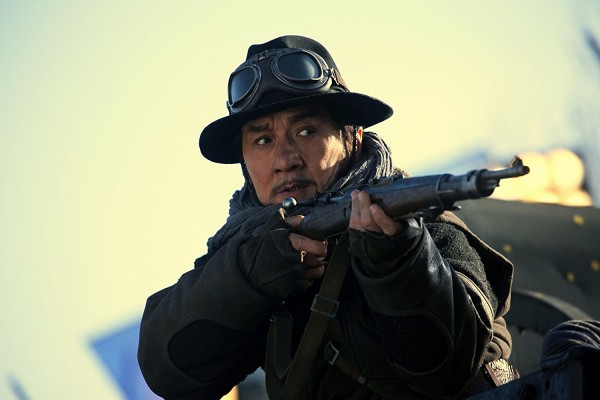 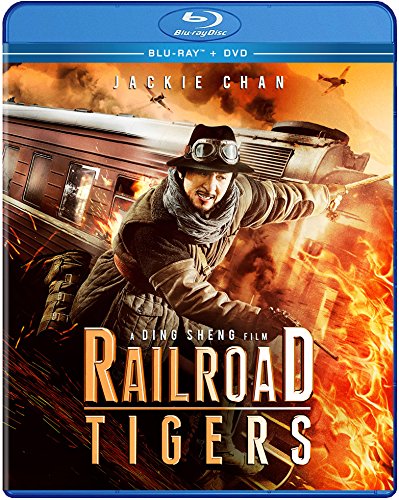 Ma Yuan (Chan) leads a gang of Chinese railroad workers in 1941 to rob Japanese trains and distribute food to the poor. Since it’s a historic period piece, it’s holding back on the flamboyant action. The production values are epic, but to stay consistent, they avoid elaborate fights. Real 1941 train robbers wouldn’t be putting on a show.

There’s good heisting though. Their operation is as well oiled a machine as the trains themselves. There’s an elegance to their preparation and moves. There’s vehicular action as the Railroad Tigers deflect pursuing authorities, and a fun bit where two men ride up and down on a rope with counterweights. You know this could be a five minute sequence in another Jackie Chan movie, but we get to go up and down twice here.

Train hopping gets more elaborate as it goes on so bear with Railroad Tigers and you will see some cool stunts. A scene with two tanks side by side on a train car could be in a Hollywood movie From the outtakes (it is still a Jackie Chan movie) it looks like the trains were practical. Only some of the backgrounds were blue screened. He’s certainly not taking it easy just because there’s less martial arts. He’s doing other dangerous stuff.

On Blu-ray the picture is very yellow. The tracks run along bright yellow leaves. The gritty texture of the trains is clear and red powder in a market chase is striking.

Brief bonus features give a good behind the scenes look at stunts. A longer one (21 minutes) goes more into development and specific stunts. There are 2400 VFX shots but they combine scale models and practical footage.