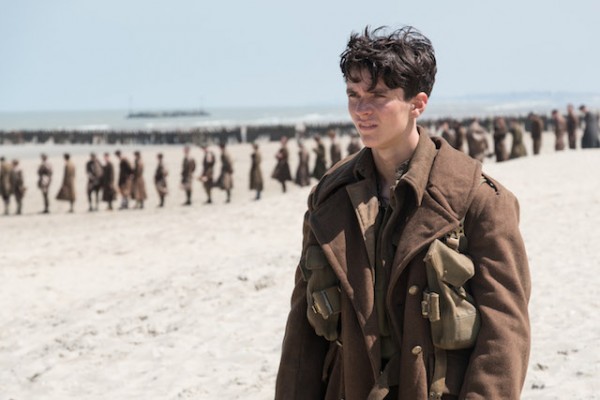 Dunkirk is a really well made film and worth seeing in IMAX for all the sequences that take advantage of the full frame. Being as objective as it is may ultimately rob the film of some of its potential for emotional impact, but there is no denying Dunkirk is unlike any war film we’ve ever seen. 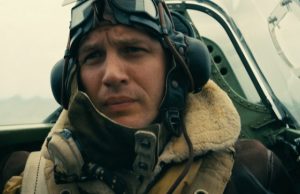 The WWII evacuation is shown on land, sea and air. The armies on the beach wait for reinforcements. A civilian boater (Mark Rylance) and his two sons sail to aid the war effort in rescuing survivors. A pilot (Tom Hardy) mans the skies to keep bombers from reaching the shore.

The film is truly one long battle, or three long battles more specifically. There are moments of pause of course, but it’s well paced to maintain a steady momentum. As much as a 107 minutes of film can simulate war, it captures that relentlessness, especially in the IMAX shots where cities tower above you or the ocean goes on for miles.

What’s most sobering about the war is how many things can kill you. It’s not just bombs and bullets. The current, drifting boats, sinking or a fuel leak catching on fire could due you in just as likely. 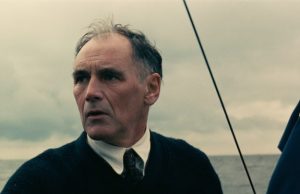 The leg of the film that’s easiest to relate to is the boat because there is a main character, and pivotal supporting ones. The youngest son George (Barry Keoghan) jumps aboard hoping to do some good, and they pick up a downed pilot (Cillian Murphy) who really does not want to head back to Dunkirk. That’s a chamber drama that you can follow and empathize with both sides. The pilot in the air is fairly singular too and the aerial footage is stunning enough that you’re captivated regardless of his fuel gauge drama. 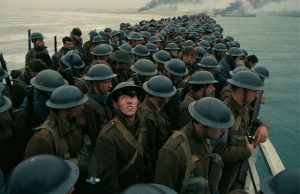 On the ground it’s a bit harder to identify characters. Not only are they similar looking young British gents, but they’re all covered in blood and dirt too. Real war would be like that too and it is a valid decision not to try to force a hero narrative into the history, but it does lend an air of objectivity to a film that may be attempting to be as subjective as possible. 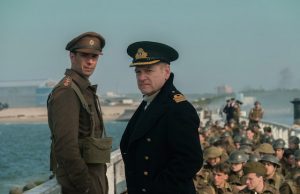 There are only minor technical nitpicks. I mean this amount of IMAX photography in a movie is astounding. Some of the shots in the cockpit are a little soft on focus but what can you do? They mounted cameras to the wing of a plane. They can’t actually strap a focus puller to the wing. The dialogue is muffled, not just on the plane when Hardy is wearing a mask, but on the beach when the waves drown out Kenneth Branagh too. There isn’t really any important dialogue to miss. It’s all historical, but if they’re gonna speak they might as well make it so you can hear them.

Like when Saving Private Ryan made the Omaha Beach invasion the most realistic depiction of battle yet, Dunkirk uses the advances in cinema to take it further. It’s a different sort of battle, not as chaotic a full frontal assault, but worth experiencing in IMAX.