Hello, fans of DC Comics! The Warner Bros showed up in Hall H dressed to impress!

Their video presentation was awe inspiring, as they surrounded you with WB goodness. Steven Spielberg made a rare Comic-Con appearance, introducing us to the cast of ‘Ready Player One’, and dropping a drool-inducing trailer on us.   Then an impressive hologram of Jared Leto beamed in to introduce us to the new ‘Blade Runner 2049’, while Harrison Ford and Ryan Gosling showed up in real life. Jason Mamoa, jogged through the thrilled crowd carrying a trident, to promote ‘Aquaman’, which is filming now. And the rest of the Justice League took to the stage, minus Superman, and knocked us out with their epic new trailer. That was a morning to remember.

But something was missing. There wasn’t much definitive info dropped about future projects. You know, release dates, directors attached, actors cast. We know that they are making a Wonder Woman 2, but that’s barely news since it is a mega-hit. Look for the sequel December 19th 2019… But what about the rest of the DC film Universe? There were visuals that indicate that Shazam, Flash:Flashpoint, Batgirl, and Justice League Dark may be in the pipeline. But how about some details? And what about The Batman, Man of Steel 2, Gotham City Sirens, and the Black Adam movie?   Are they moving forward? It would have been nice if DC’s Geoff Jones had showed up and dropped some knowledge on us. But that didn’t happen. So while the WB Comic-con panel was spectacular, it still left a lot of questions unanswered.

So come on Geoff Jones, how about a press conference on the state of the DC Film Universe? We’re waiting! 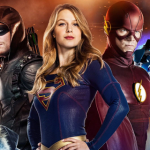 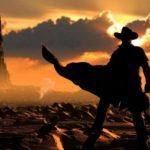