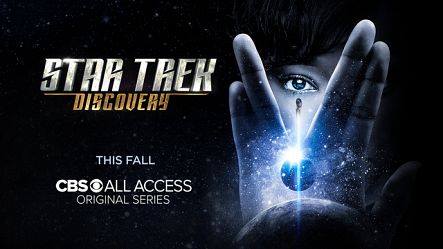 Star Trek is coming back to television in September, sort of…   Star Trek: Discovery premieres Sunday, September 24th, on CBS. But that’s all you’re getting for free. Like a cunning Ferengi narcotics peddler, the plan is to get you hooked on the pilot, for free, and then ‘sell’ you the rest of the series on CBS All Access. But are fans going to be onboard with that?   I know fans of Star Trek are devoted because I am one. But if you already pay for Cable, Netflix, and HBO, the thought of paying, even more, may take the ‘prosper’ out of the Vulcan phrase; Live Long And Prosper.   And what about this new show? How does it stack up?

I was hoping that they’d show the pilot at San Diego Comic-con, but they didn’t. So we can only judge based on the footage they’ve chosen to show us so far. And based on the re-designed Klingons, and new uniforms that are reminiscent of something you’d see a marching band parading around in, I’m not sold on this new version. Not yet anyway. They’ve covered the bases; there are Klingons, Enterprise-like star ships, Vulcans, and assorted aliens, so they didn’t veer too far from what’s worked in the past. But maybe that’s one of the problems. The new series doesn’t seem to be breaking new ground. Instead of simply re-designing the Klingons, a race that’s pretty beloved to Star Trek fans as is, they could have focused on one of the other Trek races that hasn’t had as much exposure. How about re-introducing us to the reptilian Gorn, or the Insect-like Andorians? Vulcans are stoic and logical, and the Klingons are a warrior race, we get it!

Also, Star Trek: Discovery takes place a decade before the original series. They’ve said as much in the trailers I’ve seen. Which places the series somewhere between ‘Star Trek: Enterprise’ and the original ‘Star Trek’ series. And if you squint, I guess you can imagine that the ‘Enterprise’ flight suits evolved into the poorly designed uniforms of Star Trek: Discovery. But how in the heck do those blue and silver frocks become the multi-color mod threads that Kirk and Spock wore, or Uhura’s Federation mini dress? But I guess Star Trek is known for it’s bad fashion sense. Remember the bland grey unitards they wore in ‘Star Trek: The Motion Picture,’ or how they put men in dresses in the first season of ‘Star Trek: The Next Generation’? Yeah, that happened. 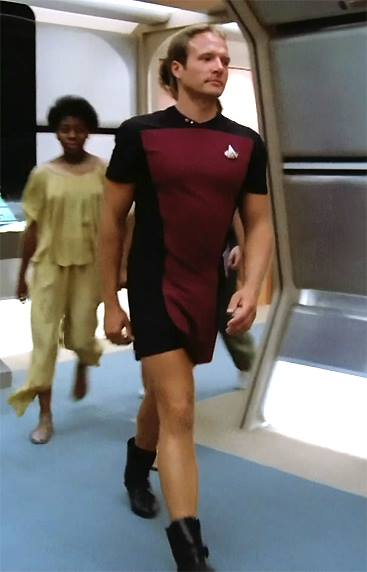 But there are also things I like about Star Trek Discovery. The special effects look pretty darn good. Though they do go a little overboard with the CGI. The cast is stellar. And for once the focus isn’t on the Captain. If the trailer is on point, we’ll see things through the eyes of Michael Burnham, played by ‘Walking Dead casualty’ Sonequa Martin-Green, a human who attended the Vulcan Science Academy. That’s an interesting twist. And though the Captain is an ethnic woman, that isn’t all that new. Star Trek: Voyager had a female Captain, And Star Trek: Deep Space Nine had an African American Captain. So Star Trek is usually pretty good when it comes to diversity. And one of the main characters in Discovery is also an openly gay man.   I’m assuming human.

But fans of Star Trek are understandably cautious.   There is also talk of Tribbles making an appearance on Star Trek: Discovery, as well as Harry Mudd, both staples of the original series. Is this an homage, or nostalgia being used as a crutch? We’ll just have to wait and see. The Trek fans I’ve talked to are trying to be optimistic, but they aren’t onboard yet. Since this new series comes with a price tag, there’s a lets-wait-and-see attitude that hangs heavy over the head of the free pilot episode. If it’s not stellar, fans may be spending their gold-pressed latinum some place else. 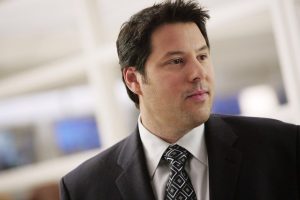 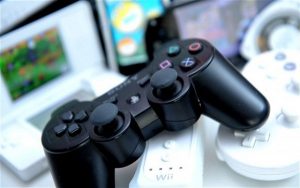 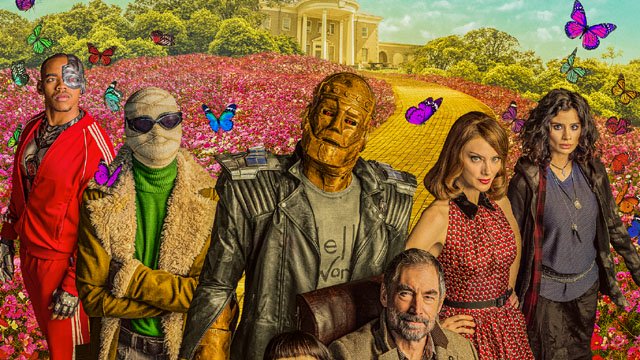 DC FANDOME: DOOM PATROL GETS A 3rd SEASON, AND YOUNG JUSTICE GETS A 4th! 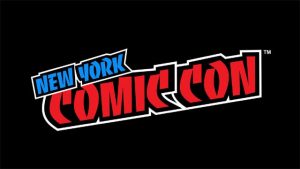 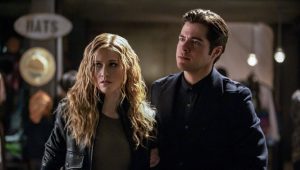