Jackie Chan’s latest still delivers an impressive amount of fighting for a 63-year-old martial artist. As he’s done for the past 10 years, Kung Fu Yoga involves many more visual effects, and the VFX aren’t as good as Weta or ILM, but this one is more like a classic Jackie Chan movie where he fights a lot. I mean, he does handstand push-ups on a wooden dummy. I couldn’t do that in my prime! 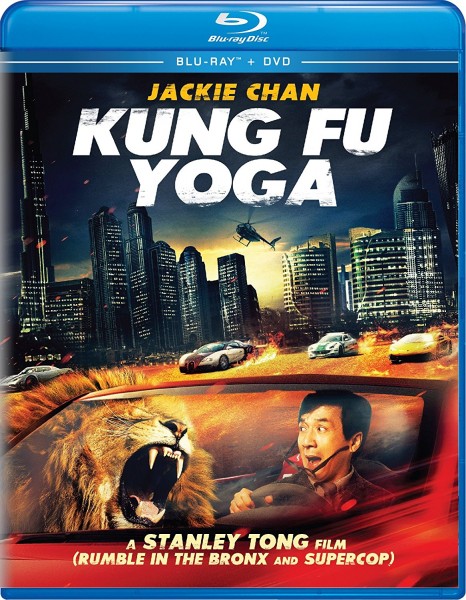 Only because I’ve seen everything he’s ever done, I know Jackie Chan’s moves. Kung Fu Yoga hits all his strengths. He spins his costar and uses her to kick. It ends in a one on one fight which has been a common complaint of Jackie Chan purists since the ‘90s when he started ending his movies with stunts. Not that it’s a Benny the Jet fight like the old days, but it’s satisfying for the film’s villain.

The best scene in the movie is Jackie Chan doing a Bollywood dance at the end. Holy crap Jackie Chan should totally do Bollywood. You know he loves musicals and he can learn the choreography as well as his martial arts. Why wait until the end of the movie? It should’ve been a full Bollywood musical. Since it plays over the credits, there are no traditional Jackie Chan outtakes but this is better. 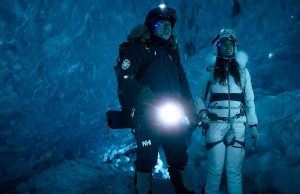 Kung Fu Yoga looks beautiful on Blu-ray. With so many different locations, it captures many different looks. There are notable bookends with the glacier expedition that’s practically florescent blue, and the climax in a golden palace. It’s also full of detail in the ice and water, and golden carvings.

In between those scenes, the city streets of Dubai and mountain ranges shine in HD color and clarity. The cars in the chase scene as shiny as the Fast and Furious Blu-Rays. The Indian bazaar is full of color in the tapestries set against the marketplace. Even the office/museum glows with the detail of artifacts. The CGI tiger doesn’t look real but it works for comedy.

Since the end credits feature the Bollywood number, the Blu Ray gives us the traditional Jackie Chan bloopers. Other bonus features, from three minute briefs to a 20 minute behind the scenes, show you how Chan still crafts his action, and blend the worlds of Kung Fu and Yoga.