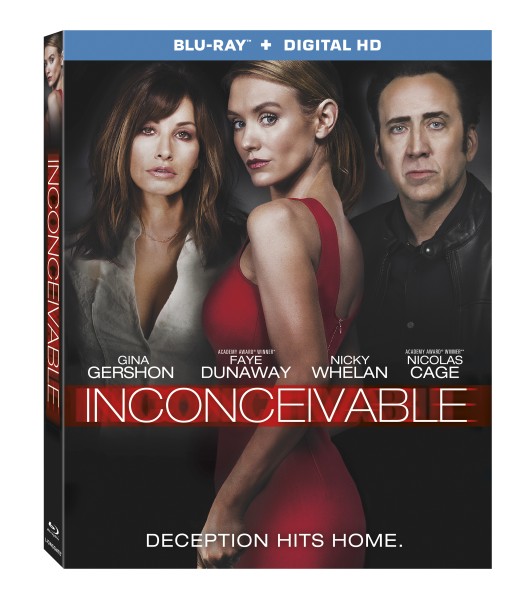 Inconceivable is not a Princess Bride spinoff unfortunately, but a Nicolas Cage starring throwback to ‘90s thriller may be the next best thing. I do admire the wordplay here. Angela (Gina Gershon) literally cannot conceive a child on her own and Inconceivable becomes The Hand That Rocks the Cradle with a surrogate!

Katie (Nicky Whelan) killed her abusive husband in self defense. In her new secret life she befriends the doctors Angela and Brian (Cage) and gets too close too fast. Surprising them with breakfast seems like overstepping but Katie goes further than that.

Brian does exhibit some Cage-isms. He’s a doctor who drives a motorcycle and wears a leather jacket. He talks about what the song Purple Rain really means. He can’t help being cool, but once the plot kicks in, Brian is really protecting his family. He spots Katie taking a topless swim like a tempting ’90s thriller. Angela catches her having sex too, with her girlfriend. At least the modern film treats that as normal, whereas it would have been a sexual taboo in the ‘90s.

They could’ve even made Inconceivable in the ’90s with the same cast, except for Whelan. It would’ve been prime Cage and Gershon. The cast is all playing it real. Gershon has the protagonist who no one believes role. Cage is sort of the oblivious husband who wants to keep everyone happy but he’s a ferocious family protector. Whelan totally gets it. She’s in control of her body, her instrument, and as convincing at playing the too good to be true side as she is the dangerous side. In the ’90s I would’ve watched this movie if it was straight to view starring Shannon Tweed, so getting to see it with Cage, Gershon and Whelan is an embarrassment of riches.

Inconceivable looks good on Blu-ray in widescreen. Whelan glistens in all her revealing scenes. It’s a very 1% movie so the lavish estate the two doctors can afford is beautiful in HD.

In the bonus features, Cage of course gives a very professional interview. He’s into playing a supporting role for two actresses. He gets it. He also recognizes the challenge of playing a normal guy given his career. I think it still shows when a supporting character is an Oscar winning movie star rather than just whoever was available at the time. He does support them with a real performance, not just saying the lines which it would be in the Andrew Stevens version. We get a full 11 minutes of Cage.

Whelan got the modern thriller reference but didn’t specifically mention Cradle. Director Jonathan Baker shot 13 pages a day. That explains some of the rushed dialogue but I imagine it was also rushed in the writing, or conception if you will, of the script. Interestingly it took six offers to get Cage when he was available. They waited for him and they were right. Baker wanted another oscar winner for Angela but she wasn’t available. There’s a full 52 minutes of interviews, pretty through for a straight to video movie. 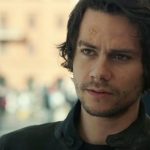 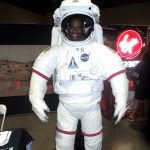