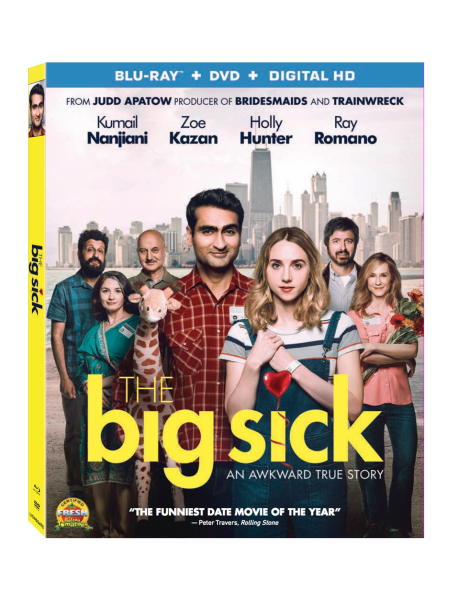 The Sundance favorite and summer indie darling The Big Sick is now on Blu-ray. Kumail Nanjiani stars in the true story of how he met his wife Emily (Zoe Kazan). The real Emily  Gordon co-wrote the script with him about how her hospitalization brought them closer together.

The Blu-ray looks good. It’s sharp and bright for a real world movie that’s not flamboyantly visual. Even the comedy club has good lighting, and the hospital is as bland as a place that doesn’t focus on decor is, but clear. 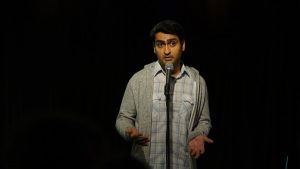 As personal as the film, in the bonus features Nanjiani discusses opening up this personal story, trying to write it and bringing Emily into the process. Emily reflects on experiencing the part she was unconscious for. Producer Judd Apatow provides the insight in cinematic embellishment, keeping it true but dramatizing single events. Together, Gordon and Nanjiani go through the subtle differences between real life and the film.

The audio commentary includes Nanjiani, Gordon, director Michael Showalter and producer Barry Mendel. It’s a friendly and personal commentary. They share some things from their lives and from behind the scenes, but also give each other some guff too. They mention deleted scenes that are not included, unfortunately. Those would have been interesting to see and they seem to have expected them to be included.