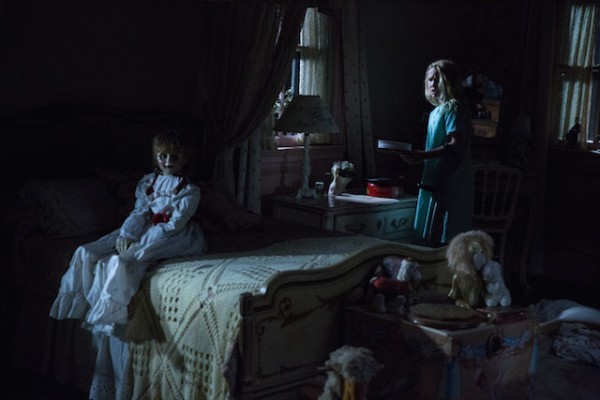 I need not have worried if the Annabelle franchise would give director David F. Sandberg as much room to play as his original film Light’s Out, which also premiered at LAFF last summer. In Annabelle: Creation, it seems the relative limitations of a possessed doll only inspired him and screenwriter Gary Dauberman to push the limits of Annabelle’s rules and make a thrilling horror roller coaster. 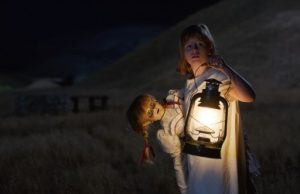 Everything Annabelle: Creation is going to be is established in the prologue. A game of hide and seek between the toymaker Samuel Mullins (Anthony LaPaglia) and his daughter shows it will be playful. Even after a horrifying prologue, it can still be playful as the Mullinses open up their home to a group of orphans and give them a tour.

The main orphans are sisters Linda (Lulu Wilson) and Janice (Talitha Bateman). Janice was stricken with polio and walks with splints, so the movie is already making you nervous that she won’t be able to get away fast enough when Annabelle comes after her. Samuel also installed a stair lift for Janice and takes time showing her exactly how it works, so you can expect Annabelle to have some fun with that too.

Sandberg and Dauberman expertly set things up and still manage to surprise you with the payoff. As promised, the film explains the origin of Annabelle, but before it tells you, it shows you. Visual signposts like the markings on the door jamb are mature, but the young girls also figure it out before the grown-ups tell them. That dumbwaiter is scary even before it becomes an instrument of horror.

Now, we know this is a horror movie, even if we haven’t seen The Conjuring or Annabelle. The game is: can they shock us even when we’re bracing ourselves? They do by playing with the tonal rhythms so that when we’re on guard, we’re wrong, and then we’re not when we should be. By the halfway mark, they know we’re on guard so they toy with us in that state. When the ghost brings Janice her crutch, at first it is endearing but we also know it’s setting her up. Janice’s footsteps are as small as we feared, so we’re basically forced to watch our fears play out in real time. 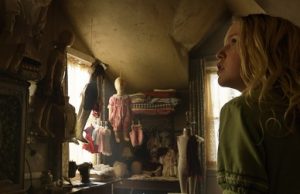 The Annabelle doll gets a grand entrance. Well, we’ve seen her being built, but her real entrance as the creepy doll is big. They gradually reveal Samuel’s wife Esther (Miranda Otto) too, who is worse off than she was in the prologue. Sandberg makes full use of the widescreen frame to set up unsettling movements in the dark. He’s as elegant in his gradual reveals as he is in the big shocks. Some of the shocks are graphic too.

Annabelle: Creation incorporates the other Conjuring elements organically and they are effective Easter eggs. As much as James Wan is responsible for creating the Conjurverse, Sandberg is the first director to prove a film can connect while telling its own story.

There’s just set piece after set piece. Annabelle: Creation isn’t satisfied to just have the doll show up unexpectedly. They build sequences where something as innocuous as a string illustrates the horror waiting just out of view.

This is a remote house in the middle of nowhere, but regardless of location, these orphans have nowhere to go anyway. Annabelle: Creation is as much about kids surviving extraordinary danger as it is developing the Conjuring universe. Wilson and Bateman are excellent, as are their costars who play the mean girl orphans who don’t include the sisters. We understand that behavior as growing up, and it makes them all real girls whom we hope survive this nightmare.

Annabelle: Creation is full of terrifying creepy imagery, and it’s great at teasing the audience with buildup. This is sure to be the scariest movie of the summer. 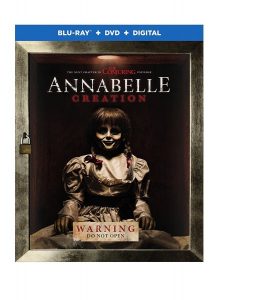 Now on Blu-ray just in time for Halloween, Annabelle: Creation looks great in HD with dark shadows holding up hiding the ghosts, and detail in closeups of the doll. The old farmhouse and landscape look gorgeous too.

12 minutes of deleted scenes have both scares and character moments. Sandberg talks through them all explaining quite honestly why they didn’t fit. His feature commentary is just as frank about the needs of the film and how different scenes evolved.

A 42 min feature on directing is Sandberg’s response to DVD extras. His discussion about communicating is poignant because writers are solitary. It’s good news for people struggling with it that you don’t need to know everything about every department. You just need to communicate the end result and trust them to get there. The onslaught of questions would get to me the most, and Sandberg puts that in good perspective.

“The Conjuring Universe” does not really tell you that much about The Nun movie, sorry. Hey, keep that one close to the vest. It’s cool. The shorts are two more Lotta Losten vehicles a la their original Lights Out short so those are fun. 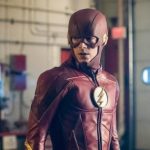 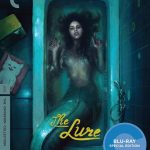