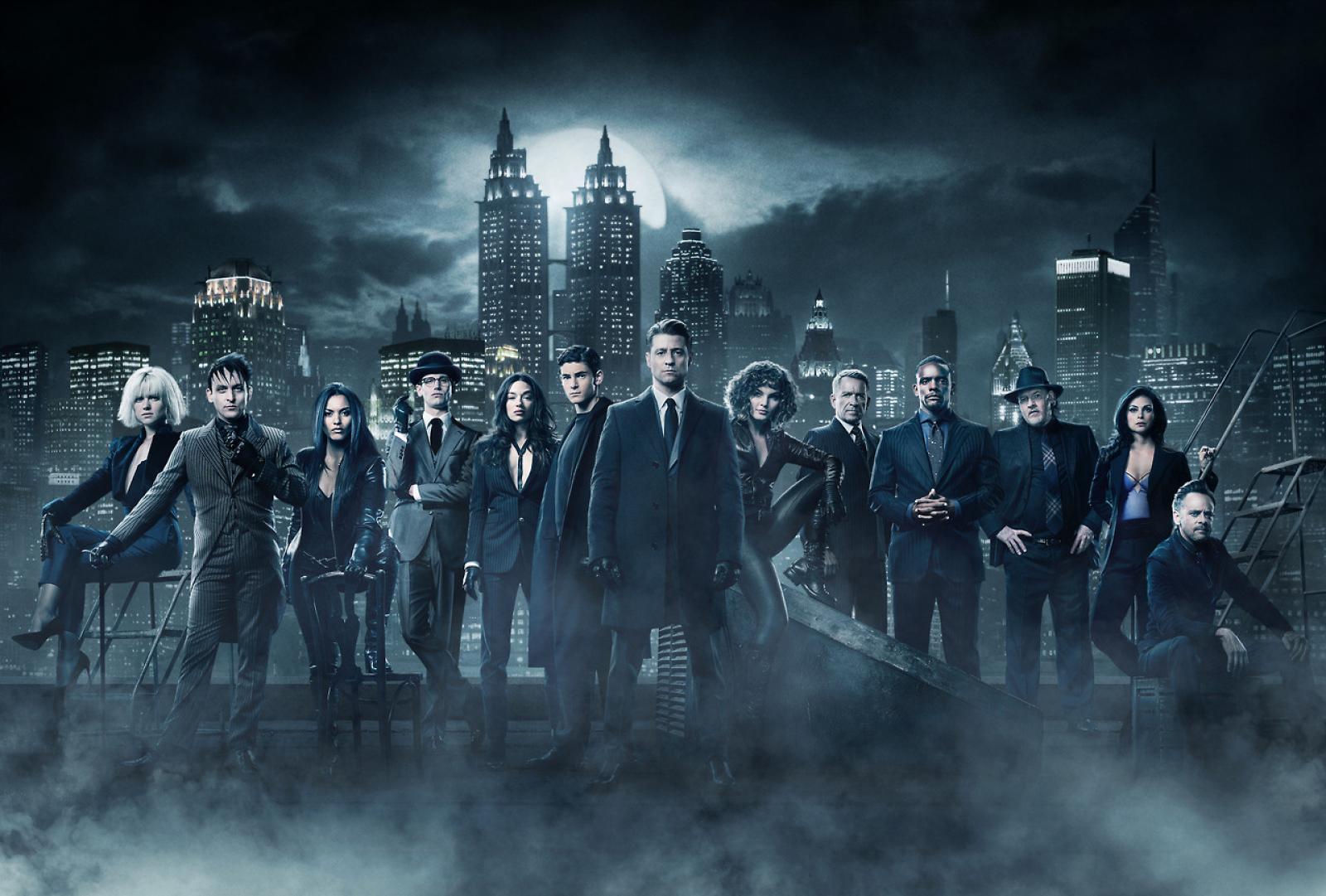 The Gotham elite, which includes The Penguin, show up for Lady Falcone’s charity dinner, but don’t like what’s on the menu.   Professor Pyg takes over the event, serving up special meat pies. But the secret ingredient isn’t love, it’s homeless people. Talk about your cannibal cuisine! But why in the world would the Gotham elite even show up to a party thrown by Lady Falcone, the daughter of the former crime lord, and The Penguin, the current crime lord? I know it’s a benefit for an orphanage, but such parties always go badly in Gotham. I would have learned my lesson several lethal parties ago and just sent a check.

And Alfred finally tries to be Bruce Wayne’s guardian, instead of his servant. But it’s way too late for that now. After four years of letting Bruce get away with murder, literally, and allowing himself to be treated like the hired help. Alfred, as an authority figure, is laughable. And Bruce, being the entitled jerk that he’s become, is quick to point that out. Bruce ditches Alfred in the woods like an unwanted animal, so he can have a house party with his new rich friends. And when Alfred finally walks all the way back to Wayne Manor, and tries to shut the party down, Bruce lets him know that he’s only the Butler. YIKES! Bruce’s parents are probably spinning in their graves, wishing they had left someone else in charge.

Captain Jim Gordon is in charge of the GCPD now, vowing to the press that we’ll remedy the city’s Pyg problem. And of course he does, because he’s the infallible Jim Gordon. He captures the Pyg, but not before everyone’s eaten a few bites of their people pie. Penguin also kills a dinner guest who maligns his new orphan friend Martine, before Jim can save the day. But nobody’s perfect. And oops, little Martine sees Jim kiss Lady Falcone, and he tells Penguin. So now Penguin knows that Lady Falcone got Jim his new Captain’s job, and is only pretending to be his friend. Which is bad news for her. Come on Jim, can’t you holster those lips while you’re on duty?

And poor Harvey feels betrayed, because he was pretty much stabbed in the back by his best friend. Jim slept with Lady Falcone and she got Harvey fired and Jim hired. Harvey was a friend when Jim was a cop, a killer, a prisoner, a mental case, a private dick, and Penguin’s co-conspirator. You’d think he’d show a little more loyalty to the one man who always had his back. But nope! Sorry Harvey you’re dead to me, at least until I’m in trouble and need your help again. Gee Jim Gordon, you’re kind of a tool.

LAST WORDS: There’s no one I liked this entire episode. Everyone’s taken a turn for the worse, and it’s a bit disturbing. We even have dark Lee now.  I just hope that the show pulls out of it’s downward spiral soon, giving us someone to care about again. I used to enjoy the show, but now I just find it interesting, on a good day.