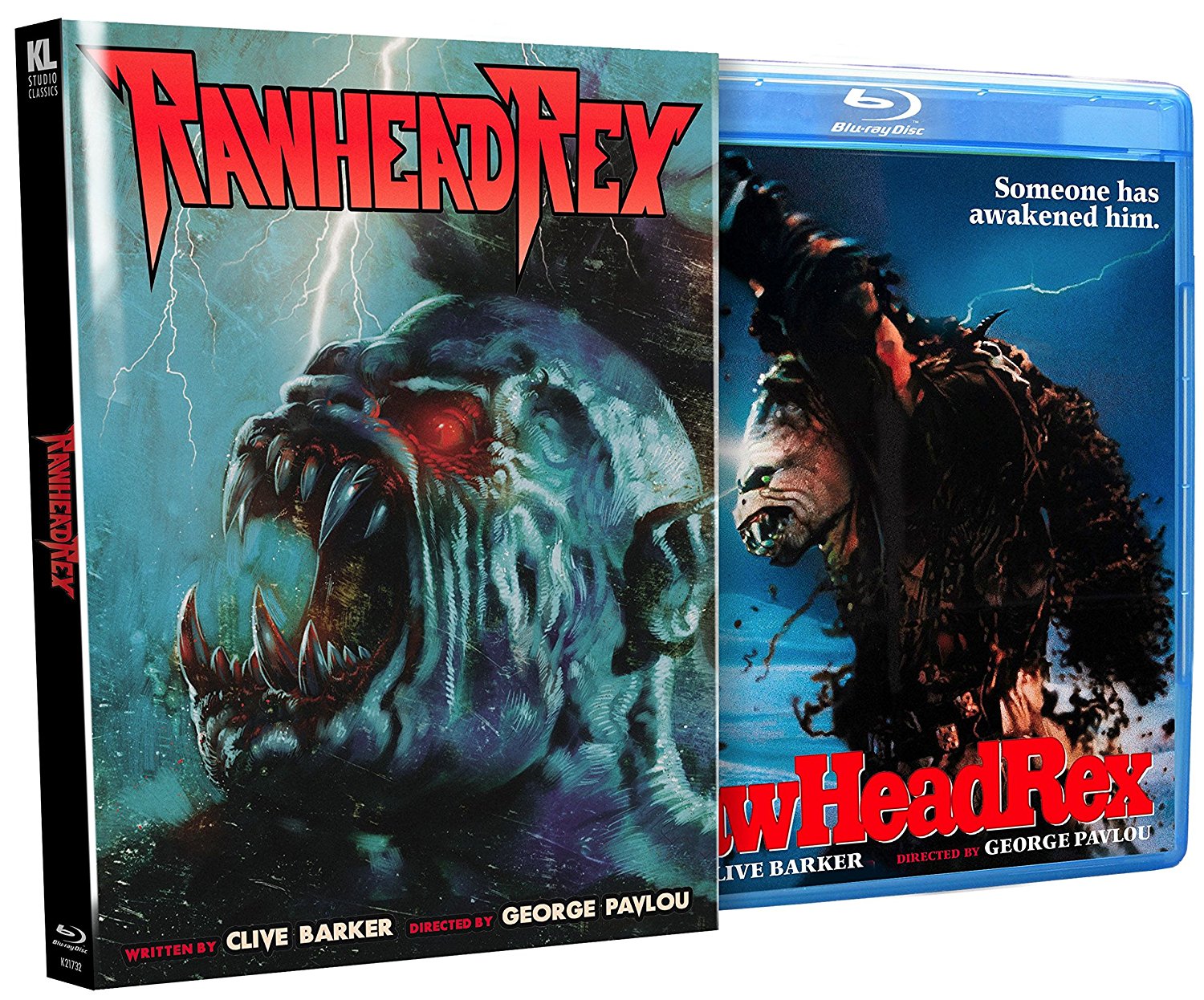 I didn’t watch the new Rawhead Rex Blu-ray in time for Halloween, but now that it’s Christmas shopping season it’s worth considering for the horror fan in your life. 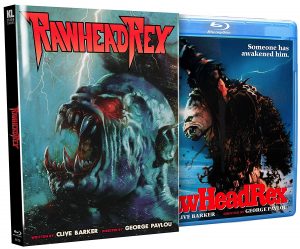 The Blu-ry of the 4K restoration looks great even with just 1080p of it. The countryside is bright and you see all the detail as they dig through the dirt. It’s so bright inside the church it gets a little snowy as red laser shoots through stained glass. Post rain, you can almost feel the wet mud and moss on cobblestones. Running through the woods at night holds up too.

Rex isn’t the most expressive mask but you see all the detail there was in the full body costume. They certainly show him on screen a lot, which is not necessarily the most effective monster movie trope. Gore looks bright and gushing too. The optical effects in the climax look great.

21 minutes with Rawhead Rex actor Heinrich Von Schellendorf is in German with subtitles. He tries to explain the mythology but mainly remembers the action and costume, including dragging the naked woman out the window.

The rest of the features are in English including 11 minutes with Ronan Wilmot, 22 minutes with crew members and 20 more minutes with artist Stephen R. Bissette. Bissette gives more context on the influence of the original story and this particular adaptation.

Director George Pavlou gives a commentary and he remembers a lot in detail. Peter Mayhew comes up in both the crew members and commentary. Pavlou discusses showing Rawhead as much as he did and changing his look from Clive Barker’s description.