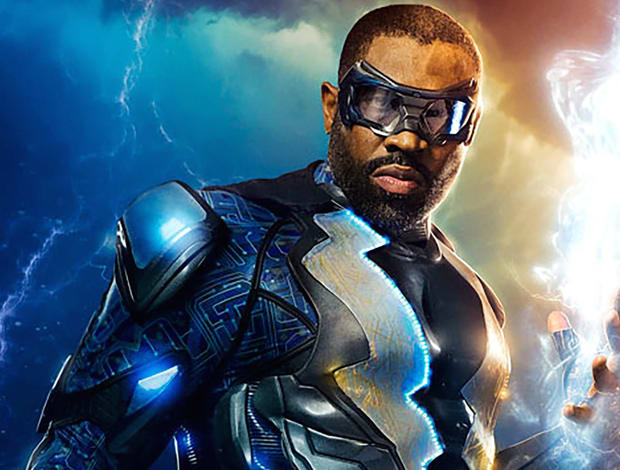 Going from The Flash to Black Lightning takes some getting used to. The Flash has always been a lighter and brighter superhero show, while Black Lightning is almost frighteningly grounded and real. But that’s what makes Black Lightning so special; it’s not just more of the same. In this episode, Jefferson Pierce is trying to retire his Black Lightning persona yet again, now that his girls are safe. But are they? In a City without hope, it’s only a matter of time before his eyes are opened to the bigger worldview.

As the highly respected principal of Garfield High, Jefferson Pierce is called Black Jesus. But he’s losing control as the local street gang, The 100, continues to come after his family and his school. Anissa and Jennifer may have been rescued, but now they’re witnesses, which makes them a target in this town. And when a former student of Garfield, who’s daughter was forced into prostitution by The 100, asks why Black Lightning only rescued Pierce’s daughters. He doesn’t have an answer. And when that woman tries to take matters into her own hands, to rescue her daughter, and she’s killed by Lala. So now it’s personal, and Black Lightning is reborn.

But Jefferson Pierce’s ex-wife is still not good with the hero’s return. And it looks like their reconciliation is short lived. Even though it is pretty obvious that they both love each other. She’s worried about Jefferson’s powers, which appear to take a toll on his well being, and the stress and uncertainty of being a superhero’s wife. So their relationship may be down for the count, but I’m betting it’s not done just yet.

And as for Jefferson Pierce’s darling daughters: Jennifer got high last week and is drunk at school this week. But she begins dating a young man with his head on straight, who wants nothing to do with that behavior. And it looks like he may be the roll model that pulls her back from the abyss. And Anissa is having commitment issues, pushing her girlfriend away instead of moving their relationship forward. The way of that situation is still unclear. And oh yeah, Anissa discovers that she’s got super powers. And she’s pretty okay with it.

Lala is jailed for murder, caught on cell phone video shooting the desperate Mom. And Jefferson hopes that he’ll flip and give up information on the big boss, Tobias Whale. But Whale isn’t an idiot, and he’s connected. So Whale gets the corrupt police on his payroll to let him in the precinct, and he walks to Lala’s cell and chokes him out, killing him. I guess he doesn’t delegate. And you have to give Whale mad props for being the kind of crime boss that isn’t afraid to get his hands dirty.

Now that Lala is dead and gone, there’s no one to finger Tobias Whale. So Black Lightning may have won this battle, but the war for the streets rages on. So stay tuned! This is a must-see show. And the ratings are strong so it will be around for a good long time. And if you’re wondering why no one notices that Black Lightning and Jefferson Pierce are the same person, even his own daughters. They explain that when Black Lightning is powered up and doing his thing, the energy obscures his face. That’s convenient.

LAST WORDS: I’ve been asked if Black Lightning and a young black hero named Static Shock are related, or the same person. And the answer is a big negatory. Static was developed in 1993, while Black Lightning debuted in 1977. And while their powers are very similar, they aren’t related. Often heroes have similar abilities, like The Elongated Man and Plastic Man, but don’t share a connection. I’m just saying…. 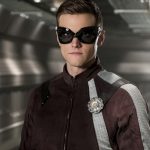 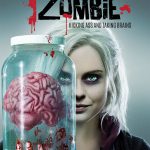 iZOMBIE and LEGENDS: Back on Feb 26th

iZOMBIE and LEGENDS: Back on Feb 26th