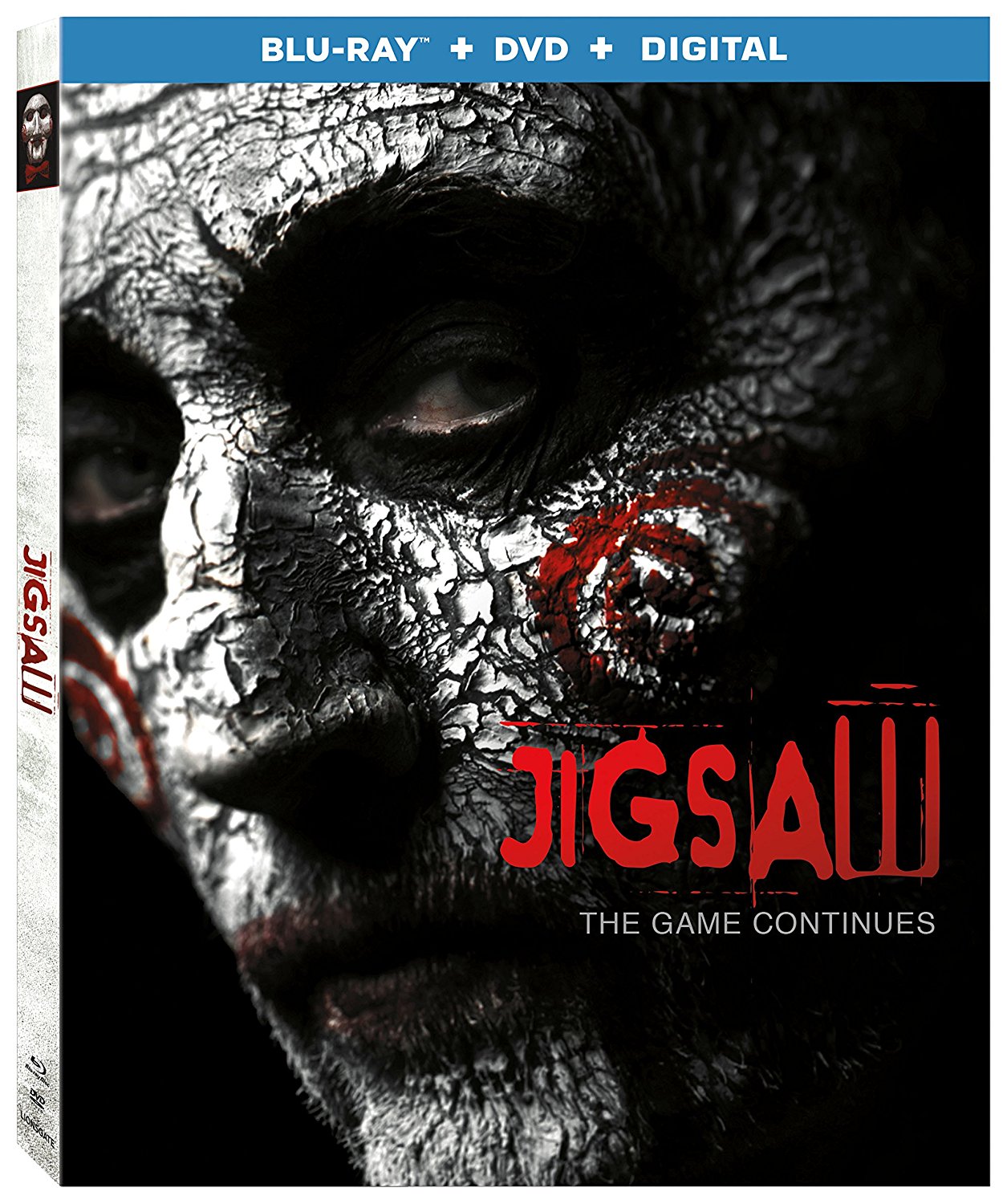 Saw movies are good movies to watch again to double check that everything adds up, or look for the things you missed. Jigsaw, the long-awaited eighth film after seven years, has plenty of repeat viewability.

Jigsaw has a brighter look than other Saws so it is a lot more visual than the usual warehouse movie. Bright sunlight lights up many scenes on the Blu-ray. The hay room has some bright shafts of light. Though no windows, the silo room still lit golden.

Of course there’s still all the detailed gore makeup. Jigsaw is also the first widescreen Saw so it looks more epic on all sides.

A commentary track with the producers of Jigsaw gives us some clues. Not answers but they tell us where to look for connections. They keep it moving with production details throughout the film.

“I Speak for the Dead” is a thorough 83 minute behind the scenes feature which goes into detail recapping the timeline, designing each stage of the set, the makeup gore, how each trap works, the score and more. It’s like the Appendices for Saw.

A separate featurette on the props runs 6 minutes and showcases some of the practical Jigsaw traps.