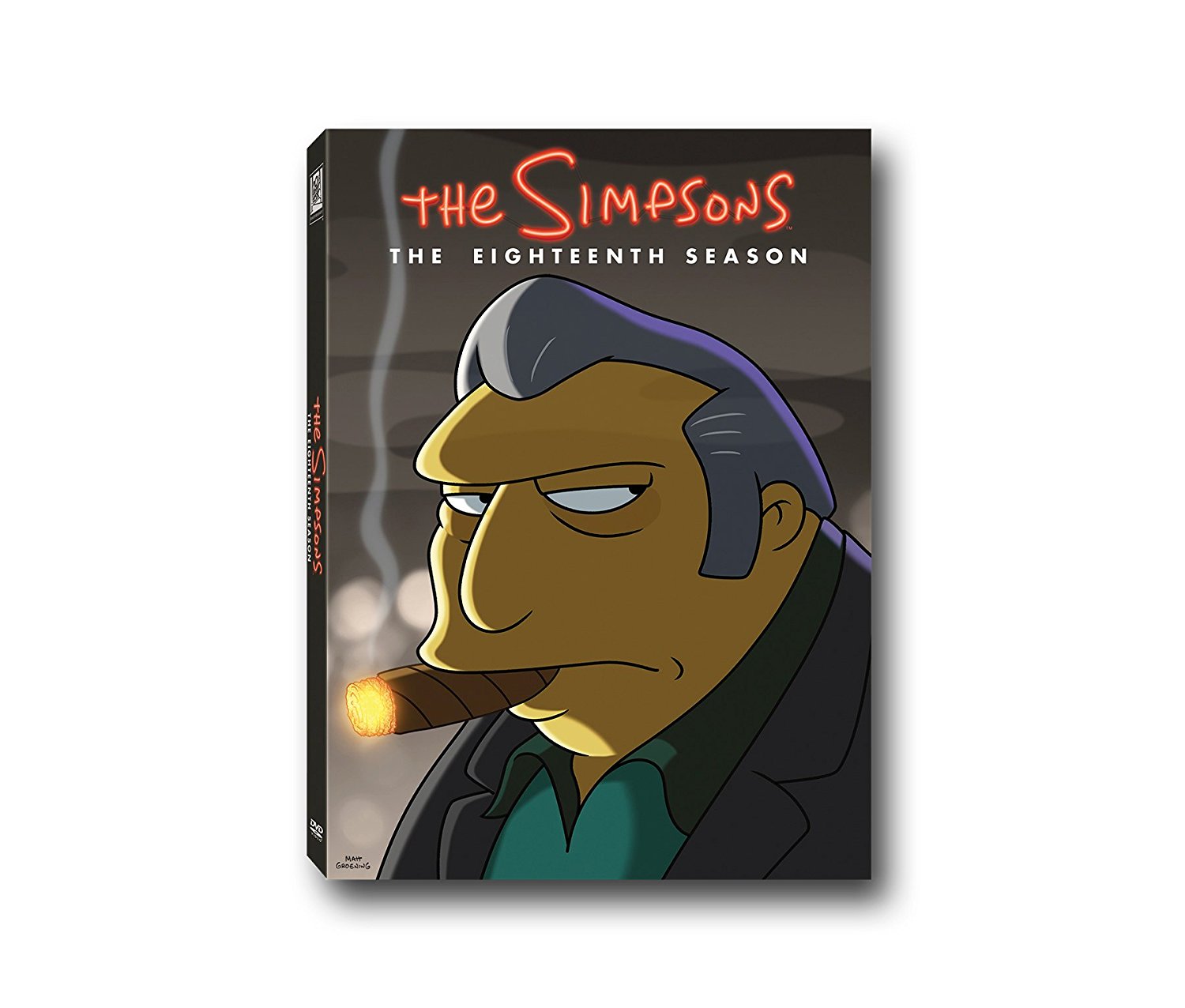 I have reviewed every Simpsons DVD since the first season, and I’m not going to stop now. I’ve actually seen every episode through the current season, but that’s over 600 episodes. So season 18 was already over a decade and some 200 episodes ago, so it’s kind of like rediscovering them as new.

Season 18 had Homer taking on several new jobs like carpentry, ice cream man and paparazzi. It had some very current parodies like their 24 episode. Moe and Nelson showed their sensitive sides and Marge just started learning how to use the internet. References that were current at the time included Ali G, iPods and Brokeback Mountain.

Like the packaging, the menus are Fat Tony themed. So there are neon signs for his Legitimate Businessman’s Social Club, escaped pandas, a police lineup featuring Homer, mob characters and Wiggum, Tony playing board games with Lisa and Maggie and more.

When Tony says “fugetaboutit” at the beginning of the menu it sounds like he’s saying a bad word. Joe Mantegna gives an eight minute interview about his experience as Fat Tony too.

The commentaries for season 18 reveal that a lot of directors got their shot while the main crew was busy on The Simpsons Movie. It would hit theaters the summer between seasons 18 and 19. 24 producer Chip Johansson is on the “24 Minutes” commentary, so it covers as much about 24 as The Simpsons.

12 minutes of deleted scenes include some truly new Simpsons jokes. Fat Tony gets to finish a rule of threes joke. There’s a Comic Book Guy joke I love. Jack and Meg White had lines cut, I think the only time Meg spoke. There’s a bit of Dan Castellaneta doing Homer gibberish, and a left-handed joke for Flanders.

There are so many places now to see The Simpsons, there’s conceivably no time you would be without access to the show. I personally love the new menu animations so much, and I’m such a completist I will listen to all the commentaries and watch deleted scenes. I hope they catch up to season 30.