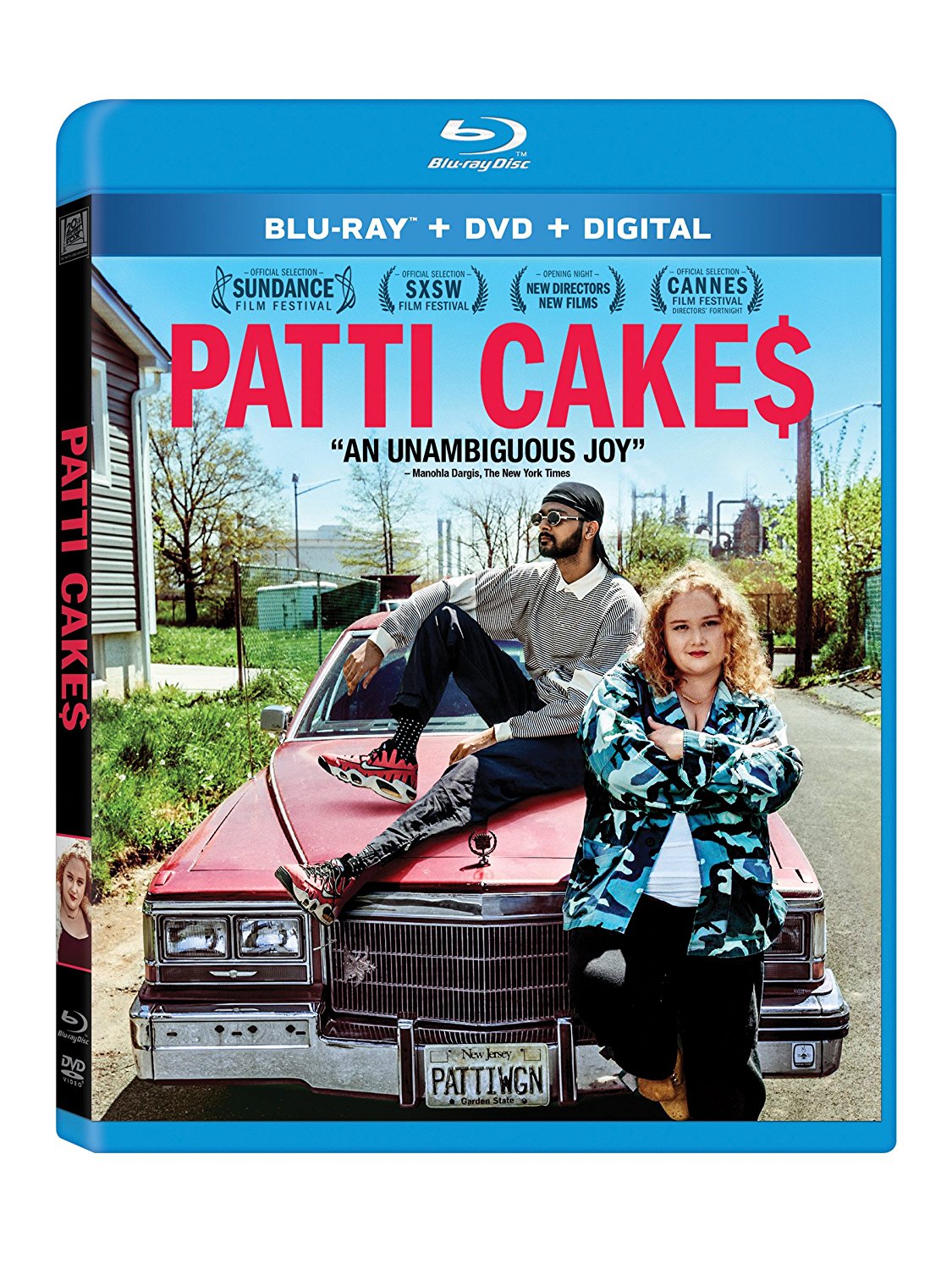 Patti Cake$ was one of my favorite movies at Sundance last year and I was hoping it would get a big release. It kind of came and went in the summer but I’m hoping now that it’s on Blu-ray, people will discover it. The soundtrack alone is addicting, a mix of original rap and power rock covers, with a breakthrough performance by Danielle Macdonald and breakthrough dramatic turn from Bridget Everett.

The Blu-ray makes New Jersey look beautiful. There’s a lot of bright green neighborhoods and hyper colored dream sequences. Even the darkly lit nightclubs have a certain beauty, and tours through the industrial parts of town look gritty.

A 21 minute behind the scenes piece is a good way to meet Macdonald. They show some of the key moments being filmed, you’ll appreciate them once you’ve seen Patti Cake$.

Geremy Jaspers (pronunced like alliterates Js)’ commentary is a good listen. He discusses inspirations for the music, the process at Sundance institute including some advice Tarantino, and one QT note he didn’t take.

A series of short promo features under 2 minutes each gives some good soundbites from the cast and Jaspers. They could have included some of the deleted scenes Jaspers mentions, but at least you get some PB&J music videos!