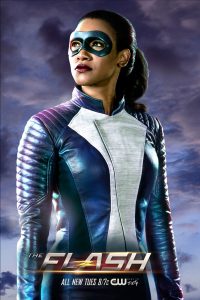 Everyone else has powers, so why not Iris?  But the twist is that Iris doesn’t get powers of her own.  She gets Barry’s super speed, leaving him slow and steady as tech support.  The same thing happened on the Lois & Clark series, so this twist isn’t all that original.  But I bet it will be a fun episode.  Look for the “Run Iris, Run” episode on March 13th.  It should be a hoot. And if you couldn’t figure it out, the power switch is thanks to a new Meta-Human.   Team Flash is keeping it light and fun this season, and that is A-Okay in my book. 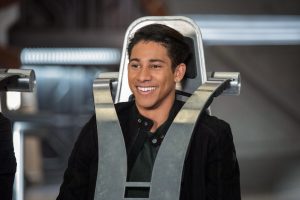 DC’s Legends of Tomorrow — “No Country for Old Dads”

And it’s a slow week, so here’s a shot of Wally West in the Waverider. He’s part of  DC’s Legends of tomorrow, for now.