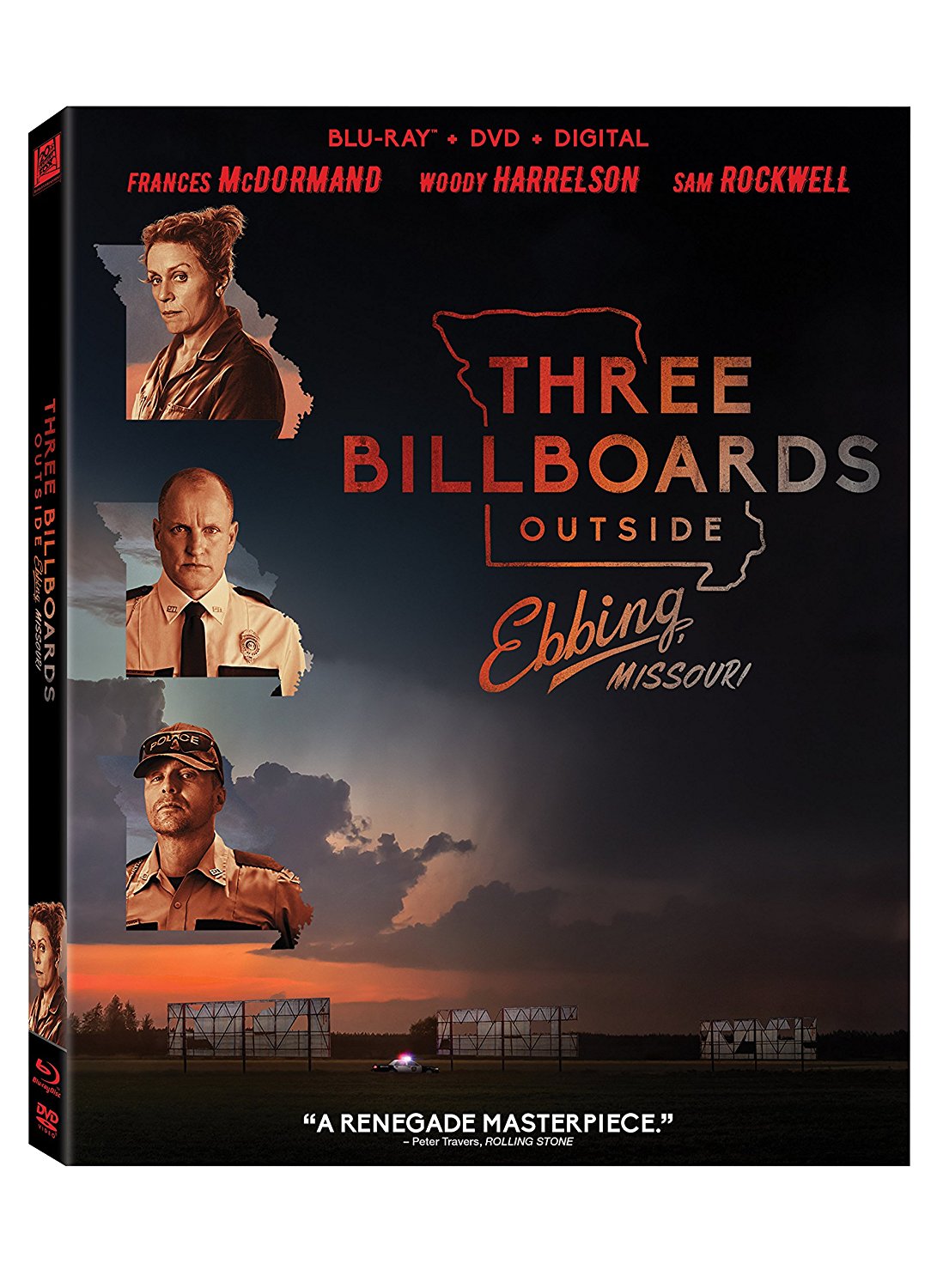 This weekend we’ll find out if Three Billboards Outside Ebbing, Missouri wins Best Picture or Oscars for actors Frances McDormand, Sam Rockwell, Woody Harrelson or director Martin McDonagh.  As far as I’m concerned, just having an original screenplay with something to say is already a win.

The world of Ebbing looks great on Blu-ray. The field along the road is bright green, with the billboards standing out bright red. Fog rolls in at times giving more emphasis to the site when it is clear. You can see the wrinkles in the billboards. The fire scenes really glow. Most of the town looks a dry dusty atmosphere like a western, but Mildred (McDorman)’s shop is another spot of color.

Five deleted scenes include more people in Ebbing, citizens and media, reacting to the billboards. Willoughby (Harrelson) and Mildred have passionate reactions to that. Denise (Amanda Warren) gets a meaty scene and Jerome (Darrell Britt-Gibson) and Momma (Sandy Martin) get scenes reacting to Dixon (Rockwell).

A 30 minute behind the scenes feature covers McDonagh’s inspiration, the western influence, McDormand’s contributions that McDonagh obliged, creating the town and some of the standout technical sequences.

A feature length commentary by McDonagh would have been nice, even better if it included McDormand, but for now Three Billboards Outside Ebbing, Missouri comes home in a nice package that goes beyond the film.