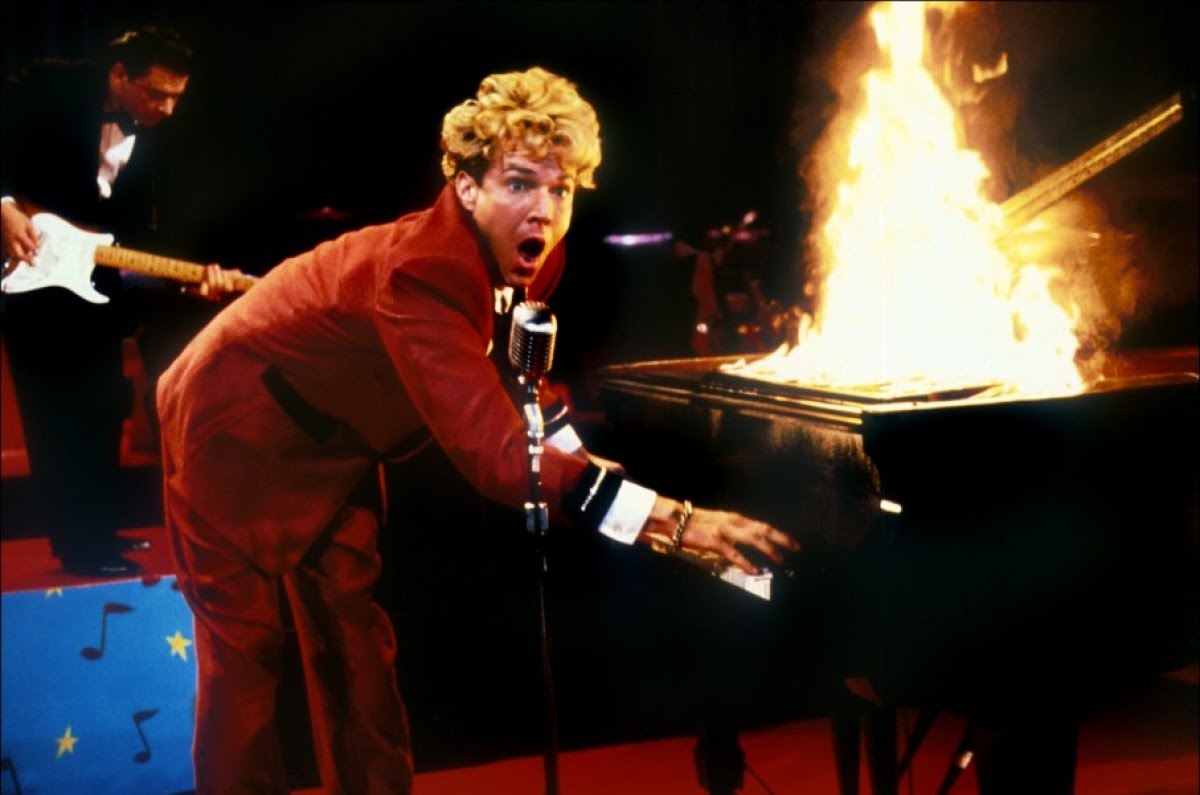 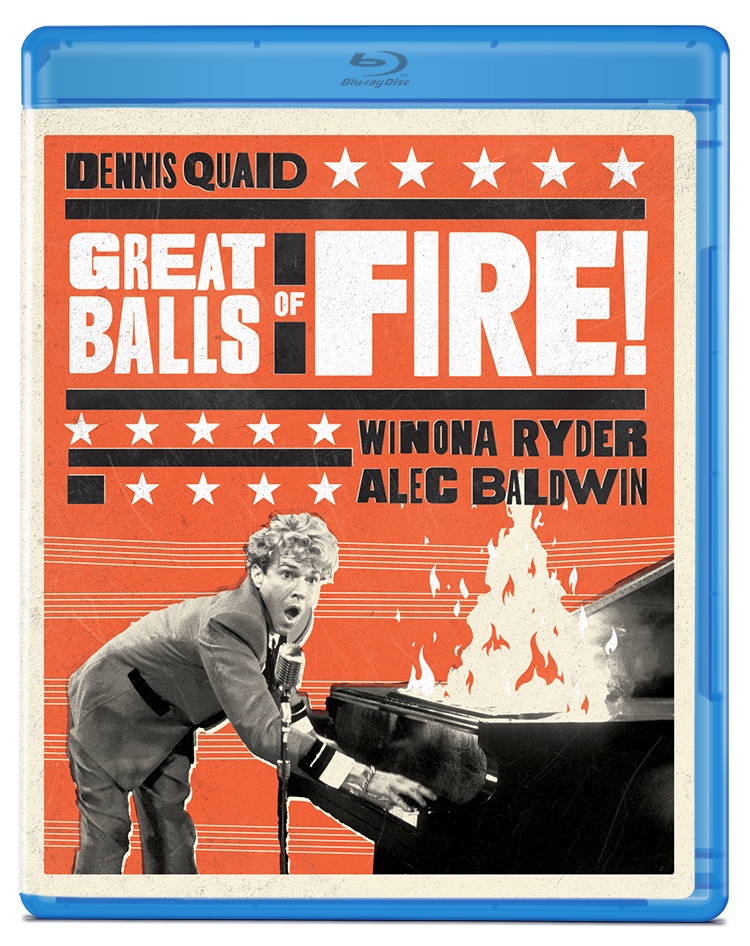 I haven’t seen Great Balls of Fire since it was on video in 1989, so when I saw it was coming out on Blu-ray I wanted to see how it held up in a post Walk Hard: The Dewey Cox Story world. The jazz club where people dance erotically and the record exec with an instant hit record certainly represent tropes of the musician biopic.

Dennis Quaid really captures the wildman showmanship of Jerry Lee Lewis. Marrying a 13-year-old (Winona Ryder, 18 at the time) is bad even if they weren’t related, even in the ‘50s. It’s what the whole second half of the movie is about, amazingly not in a heavy handed way. It’s more of an exasperated “how did you not expect this to be a problem, Jerry Lee?” Even when he gets abusive during the downfall.

There are no bonus features except the trailer. Great Balls of Fire wasn’t popular enough to get a special edition, but it is a great transfer preserving this curiosity of the musician biopic genre.