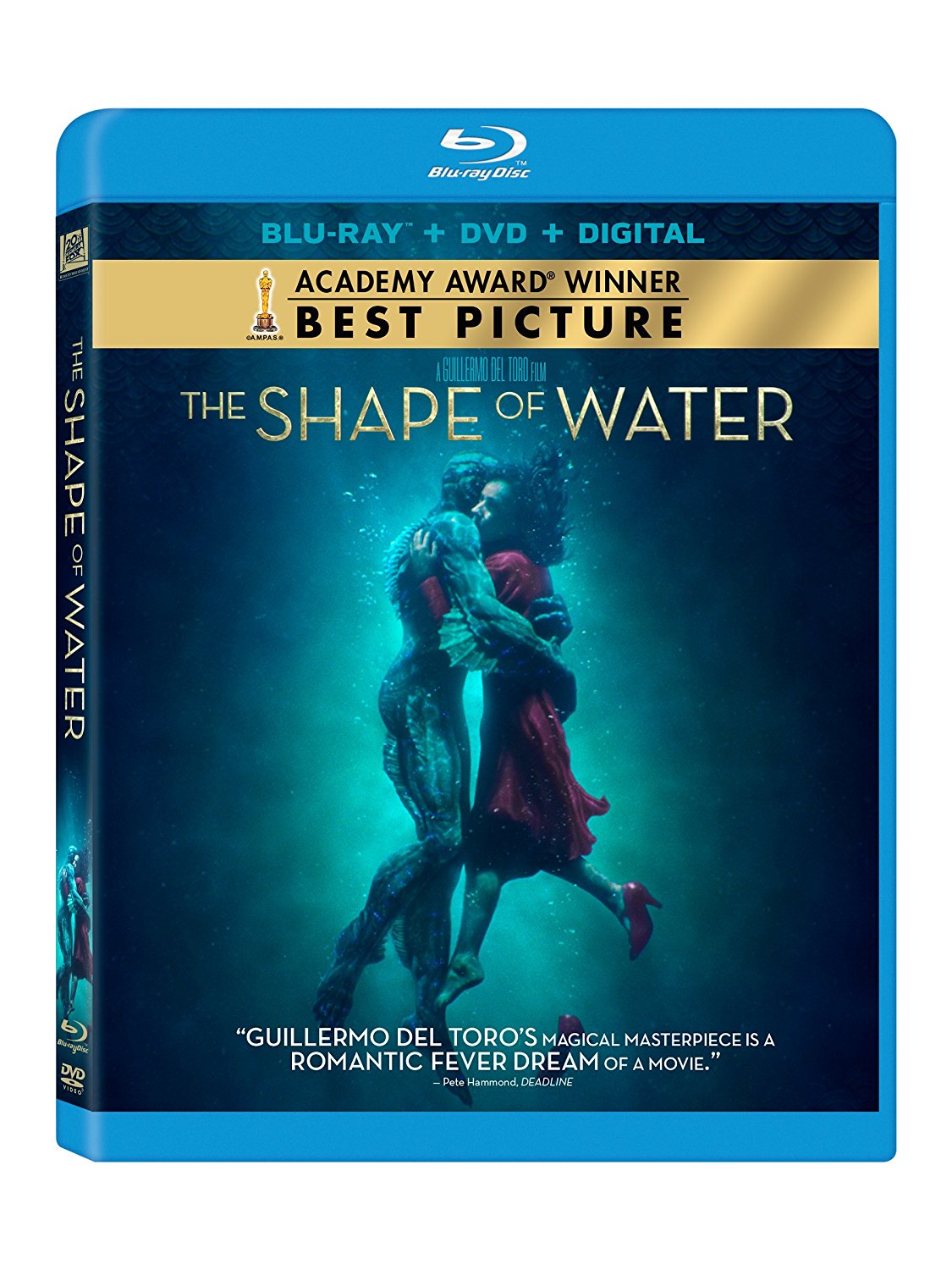 With cinematography among its Oscar nominations and production design among its four wins, The Shape of Water looks majestic on Blu-ray. The amphibian (Doug Jones)’s shiny wet scales with bright light emanating from within glow in your living room. You can see all the detail in the decrepit apartment and classic cinema underneath. Each set is so deliberately constructed, it shows in every frame.

The bonus features rightly devote lots of attention to the creature and makeup. There’s a little bit of talk about the love scene from the technical perspective of how to physically make it work. Seeing Guillermo del Toro’s drawings in HD is worth watching all the bonus features anyway.

This release seems a tad rushed. You know del Toro has wealth of materials but they probably had to get this out within months. The Criterion Collection will probably do an in depth edition later.

The most valuable bonus feature is probably a 13 minute edit of a Q&A for an audience of technical artists on the Fox lot. It is a good cut but I wonder why they didn’t show the whole thing. These are the people who ask the in-depth questions and del Toro, with his artists, speaks to them on the same level.