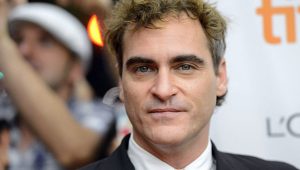 DC announced today that Joaquin Phoenix is set to star in a “Joker” origin film.  Jared Leto played the character in The Suicide Squad, and to be honest, I wasn’t impressed.  But to be fair, it will be hard for anyone to beat Heath Ledger.  So welcome to the franchise Joaquin.  Something tells me you’re off-kilter enough to pull it off.  No word yet if Batman will be in the film, or who that Batman will be.  But how can you have The Joker without Batman?  Maybe they’ll drop some more info at Comic-Con.