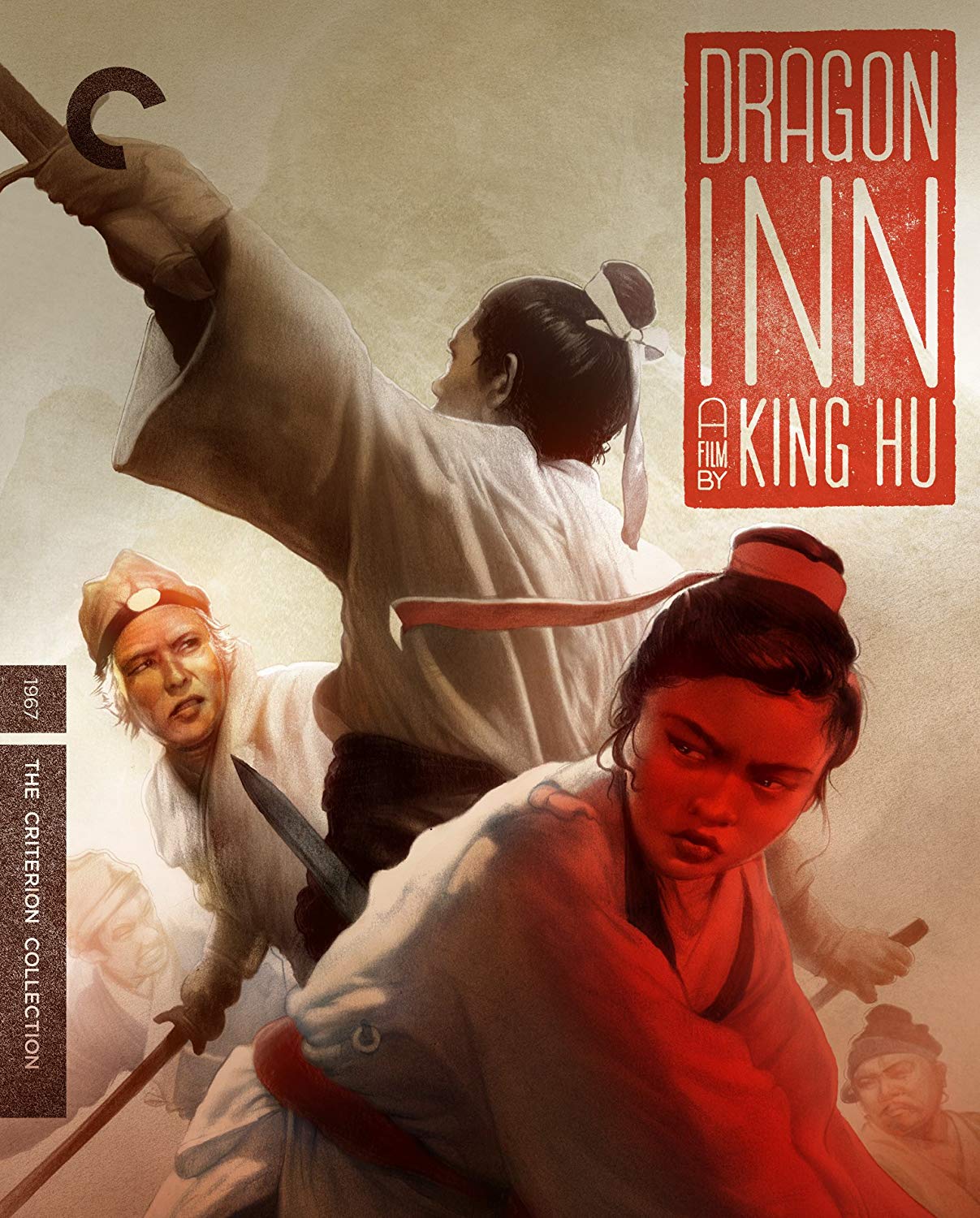 When I fell in love with Hong Kong cinema in the ‘90s, I saw the Dragon Inn remake with Donnie Yen. Now thanks to the Criterion Collection I can dig deeper into Chinese cinema with the Taiwanese original, and only my second King Hu film after Come Drink With Me.

They were already starting to improvise in choreography, Xiao (Shih Chun) throwing utensils and benches in the dining hall. This was early martial arts on film and there were still massive fights between roomfulls of people, long takes with lots of moves, and a badass female warrior (Shangkuan Ling-Fun).

I have never seen a Chinese film look this beautiful. I got used to watching bad VHS copies, but even DVD revealed they just didn’t take good care of their film. Even high profile John Woo movies looked faded and dirty. Only Shaw Brothers really preserves their films and those Blu-rays have been extraordinary. There’s also a great new restoration of Drunken Master and Snake in the Eagle Shadow. I suppose oscar winning Crouching Tiger Hidden Dragon looks better than most but still just like an average modern movie.

So when I say Dragon Inn looks even better, I mean this doesn’t just look good for an old foreign movie. I mean it looks great compared to Lawrence of Arabia. The epic widescreen frame of historical soldiers crossing the land is so bright, so sharp, so detailed, it could have been shot this year.

Criterion has a new interview with Shangkuan. She still had her self-confidence and it’s amusing. She also discusses how learning multiple martial arts developed her style in subsequent movies. From two years ago, Shih Chun remembers more about King Hu specifically and the choreography on set. He even know about film sensitivity and lighting needs.

Also from this year, Grady Hendrix is an authority on Hong Kong movies. I’ve gotten to see him present Hong Kong movies in person, and here he puts Dragon Inn in context of modern martial arts movies audiences may know more, even American ones like The Matrix and Kill Bill. The cinematography and editing we now take for granted originated here, especially when editing creates impossible movement.

Then a 1967 newsreel takes us to the premiere in Taipei! That really hits the old movie theater nerd in me with images of Chinese theaters 50 years ago. That black and white newsreel looks damn good in HD too.