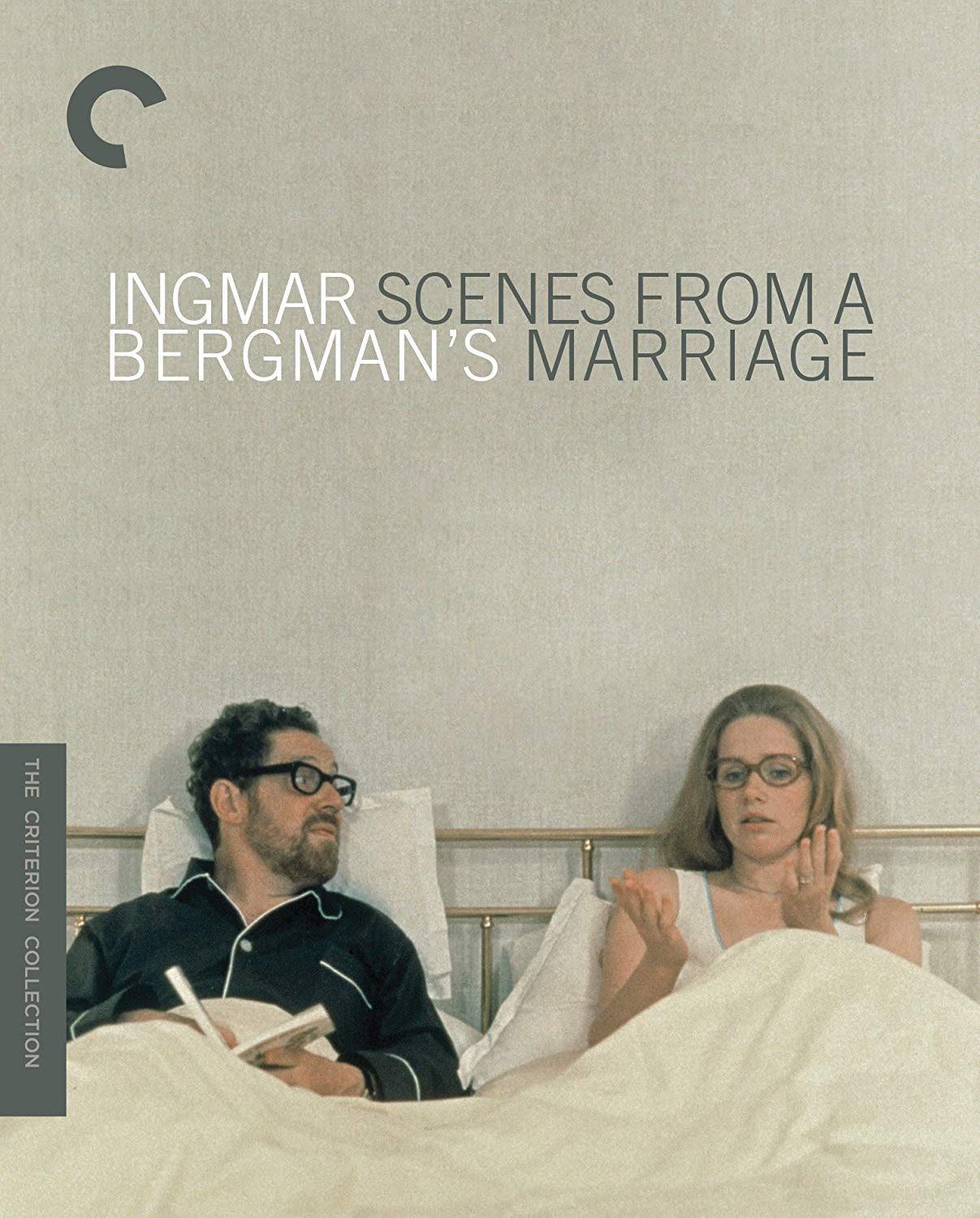 Ingmar Bergman is such a challenging filmmaker I’m afraid I am a little derelict in my film scholar duties. I was shown Persona in a high school film class and it was too ambiguous for me then. I owe it a rewatch now that I’m sophisticated. I watched Seventh Seal because that’s the famous one (and it’s in Last Action Hero) but I don’t remember any of it so I must’ve just powered through it out of obligation. Scenes from a Marriage actually sounds simple by comparison: just two married people talking. So I watched the full six part five hour TV version to fully immerse myself in Bergman.

Johan (Erland Josephson) and Marianne (Liv Ullman) seem happily married, but over the course of the series Johan has an affair and leaves, and the couple continue to discuss their relationship over divorce proceedings. The scenes in question are primarily between the two of them, although supporting characters wander in and out of some episodes for context.

The picture on this Blu-ray is actually noticeably grainy. It’s restored by Criterion and sharp but it was filmed for European TV in the ‘70s. I do like the intense closeups on Ullman where you see all her lovely freckles and piercing blue eyes.

In interviews Bergman is happy to explain and analyze the characters. He’s not being evasive or asking the audience to make up their own minds, although they still can. Ullman and Josephson still have vivid memories of working on the film. They confirm my assessment that they are tremendous professionals, nailing this amount of dialogue in record time with minimal rehearsal. Ullman gets personal about Bergman. Finally Peter Cowie explains the theatrical cut episode by episode.

As art cinema goes, I think I’m still much more of a Godard fan than Bergman. I love the way Godard breaks the rules of film, although he has his “two people talking about their relationship” movies too. Scenes from a Marriage is certainly well written and well performed, and for tackling relationship issues in Europe in the ‘70s, still universal.