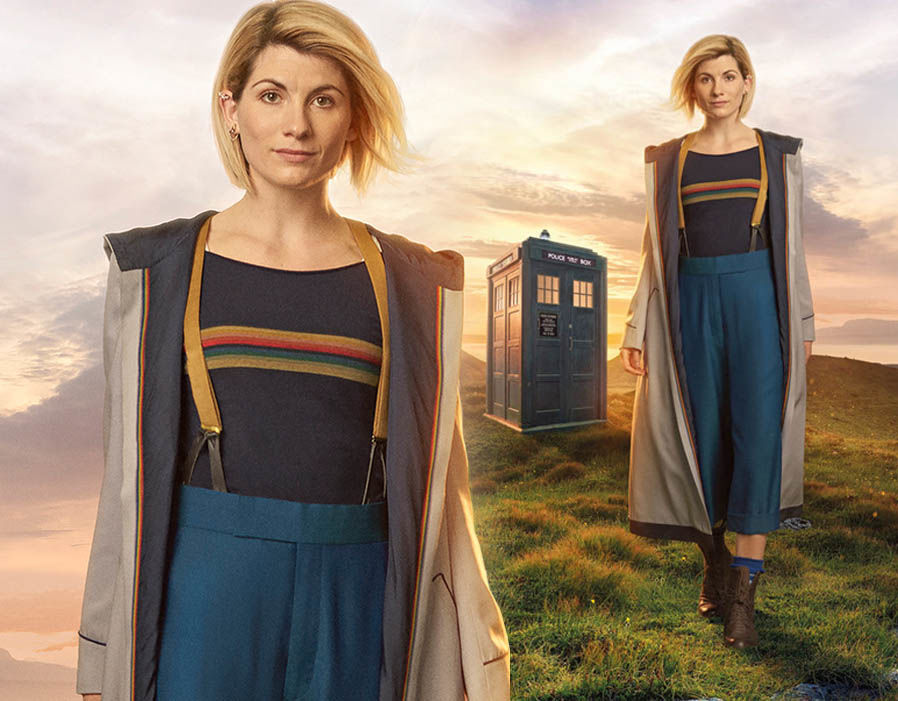 DOCTOR WHO: My 1st Impression – I Liked It!

The New Doctor crashed onto the scene today, and I’m glad she showed up.  The first new episode felt long and a little slow, but they had to do some world building.  You see, the new Doctor has just regenerated, and spends a good deal of the episode settling into the new body and forming new friendships.  I was lucky enough to be a part of the interview process at San Diego Comic-con, and we learned from Jodie Whittaker herself that the new Doctor makes ‘friends’ not companions.

At first I thought the episode’s big bad was a Cyberman, but I was wrong, it turns out to be a toothier version of The Predator, with a similar mission.  But that’s all I’ll say about that.  I like the Doctor’s new friends, who all know each other. In fact, two are related, sort of.  And I have a feeling we’ll be exploring that strained relationship in the near future. Meanwhile, the episode ends pretty much as expected, though there’s still a bit of a heart-tug and a twist at the end that makes you wish the next episode wasn’t seven full days away. And I hope they resolve the whole ‘bike’ subplot in a future episode, because now I’m invested.