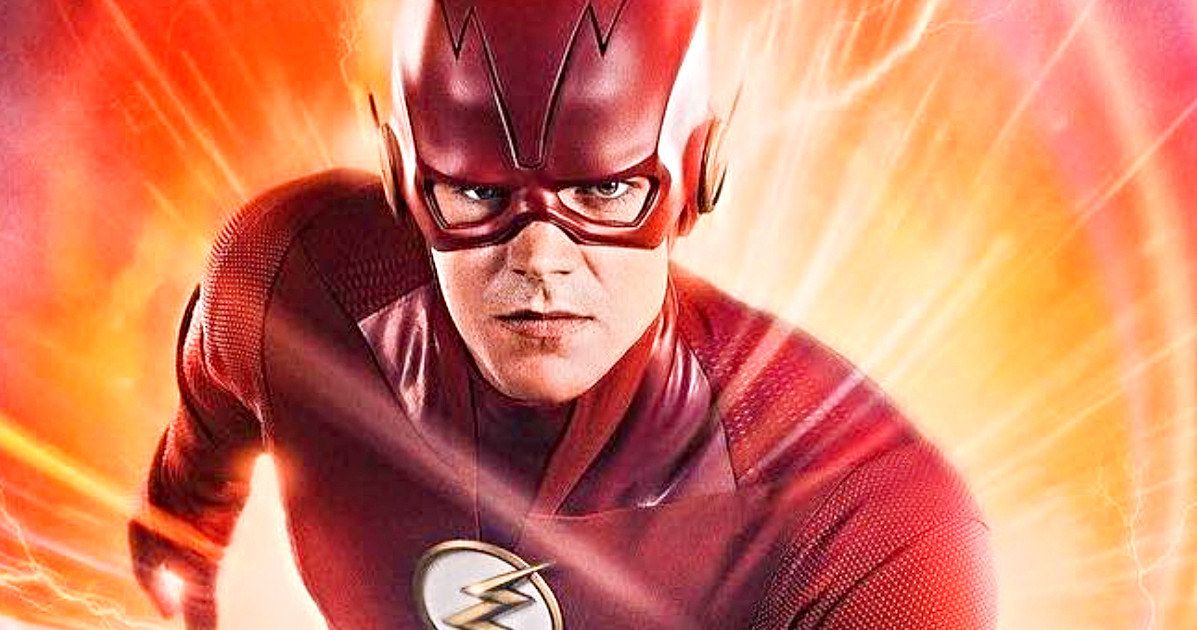 Hey y’all, The Flash is back and still looking good.  Though I’m not digging the new suit, which gives him helmet head, and it’s missing the chin strap.  But it’s sleek and very red, which is a good thing.  But truth be told, I like the previous suit a lot better.  Though this new suit does pop out of ‘The Flash Ring’, which is a cool nod to the comics.  Nora brought it from the future.  She ‘Borrowed’ if from ‘The Flash Museum’, which will some day be a thing.  And as for being stuck here, she’s really not.  She lied to Team Flash so she could meet Barry and not get sent home right away.

BIG SPOILERS ARE COMING:  Nora West-Allen came to the past to meet Barry because she never knew him growing up, which is a big shocker for Barry.  Remember that digital newspaper they have in that hidden room? Well it reveals that during a big battle in 2024 The Flash vanishes.  But what it doesn’t say is that The Flash never returns.  Which is what prompted Nora to swing back through time for a visit with her absentee Dad. And because of this harsh news, Barry lets Nora stick around, despite a possible flash-time scenario, so he can spend time with his daughter while he can.  And neither tell Iris what’s going on.  But she’s left wondering why Nora is so attached to Barry, while showing her little to no Mom-love. (I think she’ll eventually figure it out)

Meanwhile, the big bad of the episode is cool enough. And taking him down, and saving a crashing jet,  requires three speedsters; The Flash, Nora, and Kid Flash.  They have to phase the plane through a building, and Nora’s never even phased herself yet.  But Barry, in Dad-mode, talks her through it, and they all save the day.  Which brings is to the departing Wally West, who goes back to his mountain-top zen garden to contemplate and find himself. Regrettably, he’ll only be around for a few episodes this season, per the actor’s request for time off.  We’ll miss you Kid Flash.  Hurry back!

BACK ON THE JOB AT THE CCPD:  Barry is reinstated by Captain Singh, since he’s no longer a suspected murderer, and as it turns out, Nora is a forensic scientist too.  So she can help Daddy and Grandfather Joe with their police work.  And it’s good to see Singh back.  Let’s just hope they use him more this season.  They keep talking about bringing an LGBT Character onto the show, which makes no sense, because Captain Singh is one.  He’s an out gay man with a fiance or husband.  In season one they talked about Singh’s wedding, but we never saw it.  Though we have seen his fiance/husband a couple of times.  NOTE TO PRODUCERS:  You’ve had got a great LGBT Character on the show since day one.  So give him a storyline already…

Oh, and Cecile can read her baby’s mind, so she’s still got powers, and they’re helpful…And Ralph helps Caitlin try and track down her frosty alter-ego, and he finds out that Caitlin’s dead father isn’t really dead.  STAY TUNED!!!

“As Barry (Grant Gustin) helps his daughter, Nora (Jessica Parker Kennedy), become a better speedster, he and Team Flash also track down a meta stealing high-tech weapons, only to cross paths with a new foe named Cicada (Chris Klein), who is hunting the very same meta with nefarious intent.”