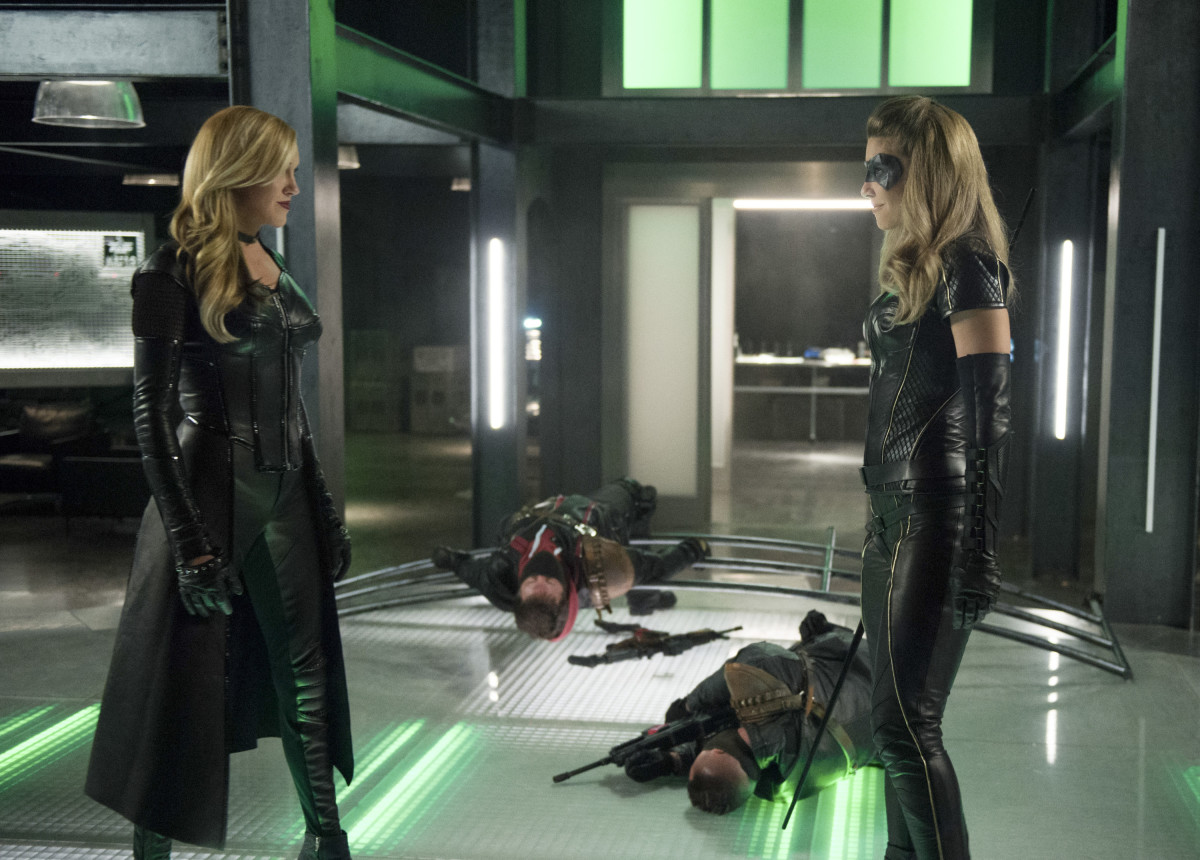 GREAT EPISODE, even though the mysterious new Green Arrow does not show up this go-round. I’m a fan.  I’m still guessing it’s future Roy, who somehow goes back in time to right some wrongs.

THE CLUES: Future Roy finds Green Arrow’s bow and quiver buried on on the island, along with a note that he reads and then burns.    Grown William eliminates himself as the possible new Arrow, by saying he knows nothing about being an archer.  And he also tells Roy that Oliver and Felicity left him as a child, which is why he’s a bitter man with abandonment issue.  Grown William is rich and an inventor. And, after reading and burning the mystery note, Roy tells William they have to go back to Star City.

MY THEORY:  Future Roy goes back in time to fix whatever went wrong that took Oliver and Felicity away. They would never have abandoned William.   Plus, grown William is a genius Billionaire inventor, so he could have theoretically developed a time travel device of some kind. (Or maybe somebody from the Time Bureau on Legends owes him a favor.)   Regardless, Roy has Oliver’s bow and Quiver already. And Grown William could already know enough about what happened in his past to give a list of bad guys to the new Green Arrow.   But stay tuned kids, because we’ll just have to wait and see how this all shakes out.  Maybe next week they’ll just outright reveal the new mysterious Archer’s true identity. (They also reveal that William is gay, just as an FYI)

ELSEWHERE: Oliver Queen is trying to survive in a pretty brutal prison.  And to get info on Diaz, who attacked Felicity and young William last week, he has to join a prison gang by stabbing himself. Those guys are rough.   And though Team Arrow is grounded back home, they still try to track down and capture Diaz, without costumes or secret identities.  And that almost works, but after a few great fight scenes, Diaz manages to slip away.  And that’s why an upset Felicity goes rogue, and by episode’s end, she re-connects with the FBI, demanding their help.

MY LAST WORDS:  For me, the best parts of the episode were the flash forwards to the future, which could lead us to the new Archer’s identity.  Also it was cool seeing Black Canary and Black Siren team up against The Longbow Hunters, which lead to big apology from Black Siren.  And it was great to see the entire Team, minus Oliver, together again and getting along.  I missed the team’s family-like camaraderie.  Last year it was the new team versus the original team, and that was frustrating.  BOTTOM LINE: This was another good episode.