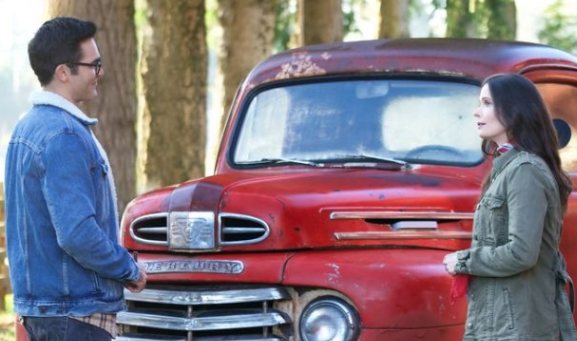 We saw Lois and Superman at the fortress.  But what about Lois and Clark in their civilian garb, in Smallville? 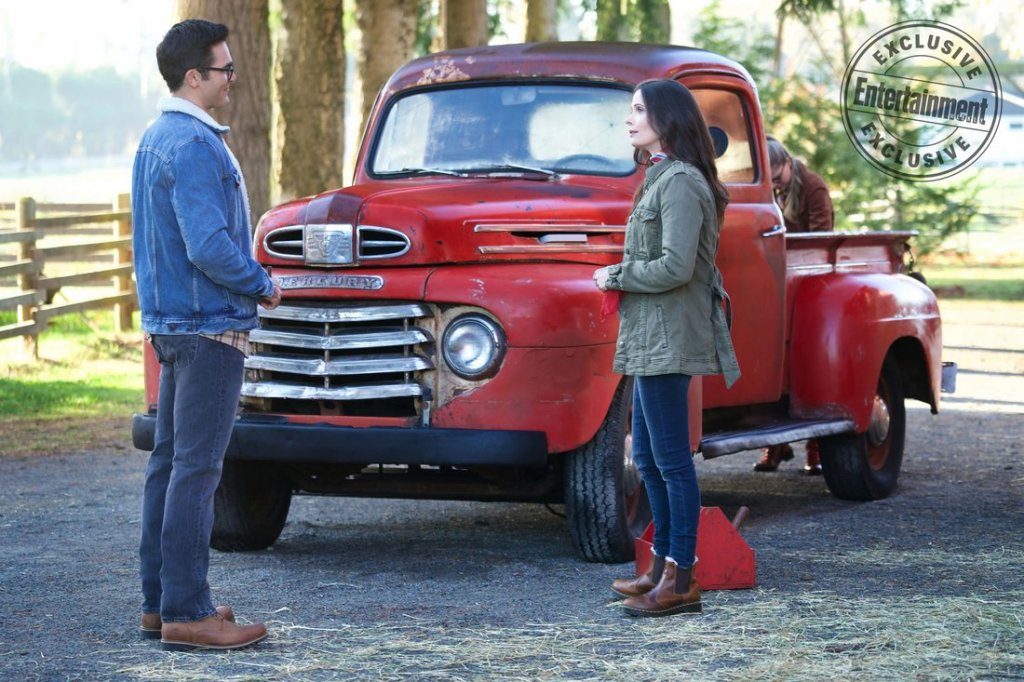 Thanks to Entertainment Weekly, we get to see the CW version of the iconic, yet down-home couple. But do they live on the farm, or just fly there when they want to relax and unwind.  We’ll have to wait for the CW Elseworlds Crossover to find out.  And yes, this is the same farm from the SMALLVILLE series. Superman/Clark Kent is Tyler Hoechlin and Lois Lane is Elizabeth Tulloch. 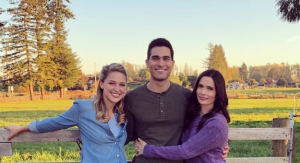 Here’s what Supergirl star Melissa Benoist had to say about the scene, which is her first with Lois and Clark; “I felt like we should’ve been eating apple pie and waving American flags. It was such Americana, and there were pickup trucks and Lois Lane had a toolbox and was working on a car,” Benoist tells EW. “That iconic relationship of Lois and Clark, Tyler and Elizabeth, have just totally embraced it.” 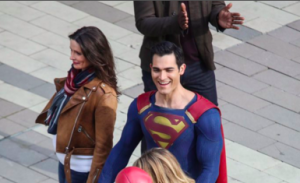 Benoist also praised Tulloch’s portrayal of Lois. “She is such a force to be reckoned with, and Elizabeth is perfect for it,” says Benoist. “The way they’ve written her in this world, she’s a firebolt and really sassy and awesome. I think people will really respond to her.”