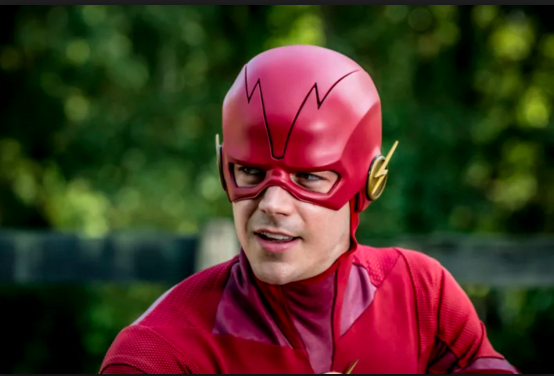 This episode was “a day late and a dollar short”, as the old saying goes.  It’s the Thanksgiving Episode, the week after Thanksgiving. Plus, it’s not even good, making this episode the real turkey this holiday season.

After the fun ride we had last week, this episode is a melodramatic mess.  And though Nora may be grown, she sure is a crybaby.  First she had Mommy issues, and now she has Daddy issues.  Shouldn’t they ship her back to the future, where she belongs, so she can deal with things as they are, like everyone else?  She’s already wrecked the timeline, so doesn’t keeping her around make things worse, not better?  What’s the end game with her story? Did Barry learn nothing when he warped time to try and save his Mom?

The story, this time around, was so on-the-nose it was painful.  Nora’s angry at Barry. Weather Wizard’s daughter is angry at Weather Wizard. And in flashbacks we see that Cicada’s a bad surrogate Dad to his newly orphaned niece.  So she’s understandably upset.  It’s a father/daughter disconnect episode, we get it, with Thanksgiving tacked on as an afterthought.  So Nora and Barry make up, Weather Wizard and his still-angry daughter get sent to prison, and Cicada and his niece make up.  But bummer, that was in the past, just before she got struck down and fell into the coma she’s still in today.

But next week is The Flash’s 100th episode.  Take a gander at the promo… 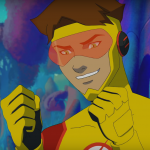 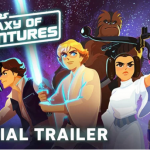