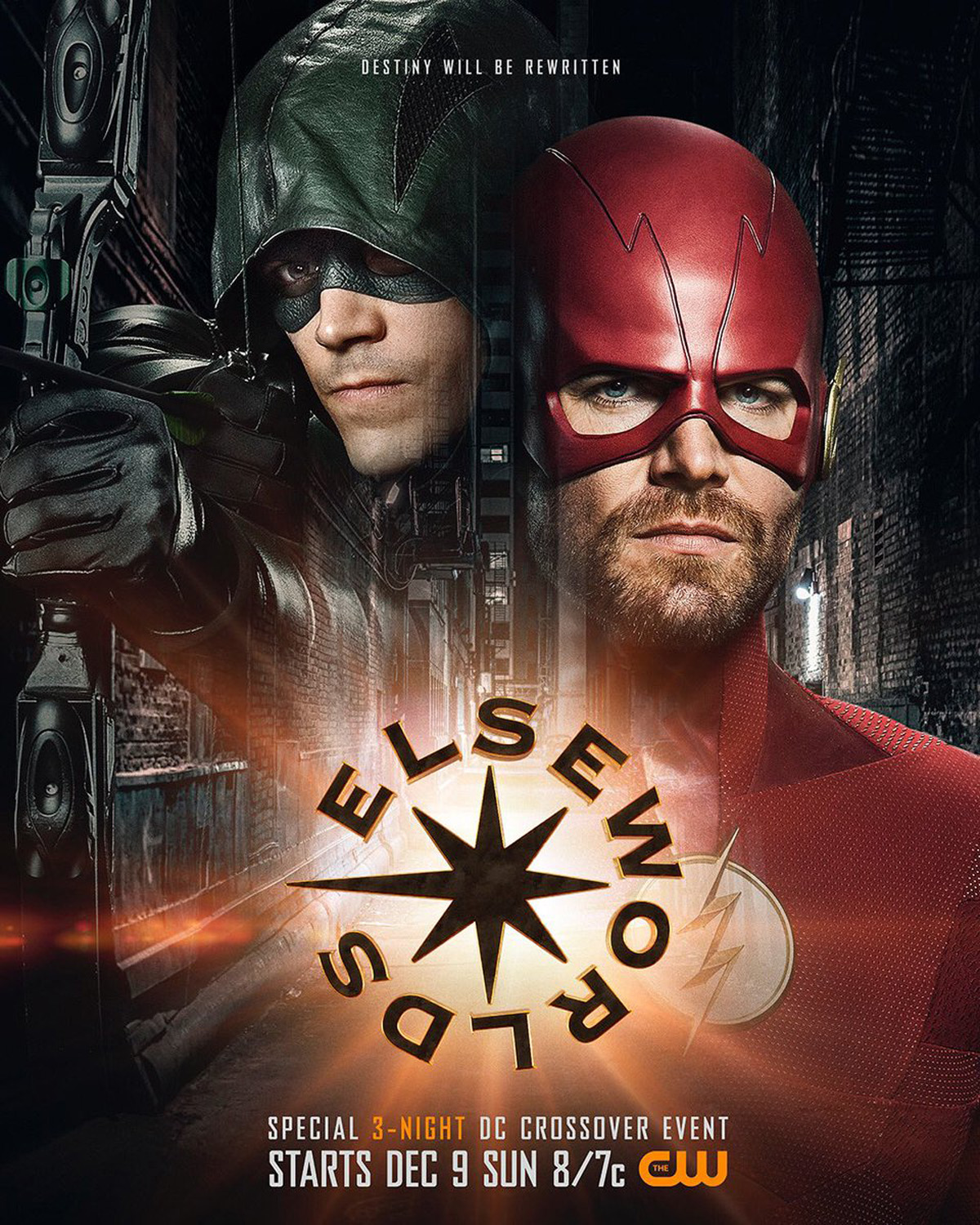 The Flash on Sunday?  What alternate Earth are we on!?  Actually, this superhero version of Freaky Friday is part one of the Elseworlds crossover.  And guess what? It was pretty darn entertaining!

And somebody “Save Me.”  I teared up when the action moved to the Kent farm, and they played the ‘Smallville’ theme song.   Oliver and Barry go there looking for Kara, and find Lois and Clark too.   Then the heroes team up to fight Amazo, a rampaging android that can copy the powers of any hero it comes into contact with.

So Supergirl, Superman, Flash, and Green Arrow attempt to take down the Android that has all their powers.  And with Team Flash’s help, they fight together in a great action sequence, and do just that.  The episode was so much fun I watched it twice.  The Lois and Clark stuff was great, the Oliver and Barry stuff was on point, and they even managed to work in the rest of Team Flash.

And this is how it ends:  Barry and Oliver are still identity swapped.  So Cisco vibes The Monitor, with Oliver and Barry in tow, and the all powerful dude tells them that they can’t stop the bad thing that’s about to happen.  What a buzz-kill!  So, while part one of the Crossover was body-switching fun, we are definitely headed down a darker road.  And the one clue they have is about to lead them straight to Gotham City…