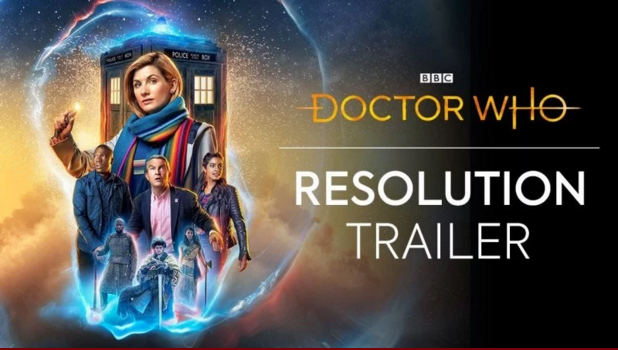 I don’t know how the series is doing across the pond, but here in the USA, Doctor Who is hemorrhaging viewers. And I don’t think the switch from ‘HE’ to ‘SHE’ is to blame.  The new creative team did an entire ‘Who’ make-over this year, which doesn’t seem to be sitting too well with long-time fans. (I’m one of them).  Because it doesn’t feel like Doctor Who anymore! It feels more like a new kid-friendly show that should be called ‘Team Tardis’.

There are three companions, which The Doctor calls her “Fam,” which is short for Family.  And they all work together undaunted, no matter the situation.  Which robs the show of any real sense of danger.  And there’s also no feeling of awe and wonder, since the three human companions seem at ease and unfazed in any alien situation. Often going off without the Doctor and doing their own thing, like it’s their job.

And they made The Doctor more maternal than mysterious.  Which has nothing to do with being a woman.  Last go-round The Master was a woman, and she was just as badass and dangerous as her male incarnation.  – The Doctor is an alien, an immortal Time Lord that’s far beyond human understanding, with a hint of a dark side that needs to be kept in check. Which is why The Doctor needs human companionship to stay grounded.  Needless to say, that’s why The Doctor has always been a bit of an enigma that you have to figure out, not just one of the gang.

The new creative team also decided NOT to reference any of the iconic villains, characters, aliens, or events from Doctor Who’s 50+ year past. So there’s nothing familiar that anchors this new Doctor to the established mythology.  Which I think was a mistake.  Because now the new Doctor is just spinning around out there in the new Tardis without a life-line for fans to latch onto. And while there is no Christmas Special this year, there is a New Year’s Day Special.  So all isn’t lost. There’s still time to right the ship.