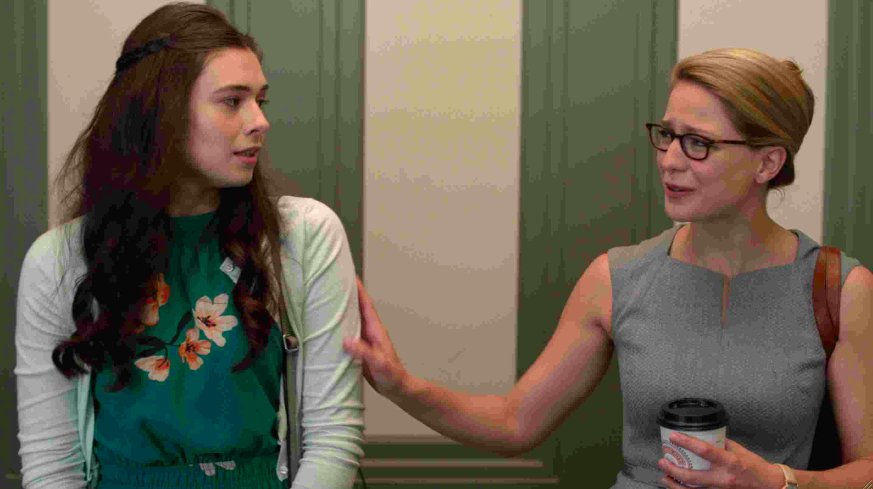 The birth of the hero ‘Dreamer’ was well-done, emotional, and a bit tragic.  All-in-all it was enjoyable storytelling.  And I don’t often say that about Supergirl.  They also managed to tie-in the current Kara/Alex dynamic, which was cool.

Nia heads home, driven by Kara, and we learn a whole lot about her backstory and alien heritage.  Nia’s mother is an alien and her father is human. And Dream Powers are passed down from mother to daughter.  So it was always assumed that Nia’s older sister would get them.  And Sis studied dream-interpretation her whole life to prepare,

But when tragedy strikes and it’s revealed that Nia got the ability to dream the future, big sister blows a gasket. Shocked that Nia, who was born a boy and transitioned into a girl, got the power instead of her, big sister gets ugly. And in anger, proclaims that Nia isn’t even a real woman. Yikes! And she used to be Nia’s biggest supporter.

Now usually, I find, that the series is a bit heavy-handed when dealing with actual issues.  But this time, older sister’s anger and accusations felt like they came from real emotion, making the drama less preachy, and more heartfelt.    Like the old saying goes;Hurt people hurt people.  But Kara stepped up to support Nia, even revealing that she’s Supergirl, an empowered alien with a powerless human sister.  So she can kinda relate.

Bad new Supergirl fans, the show is going on hiatus for three weeks.  But take heart, it will be back on February 17th, and you will get to see Dreamer, in costume, kicking bad-guy butt…