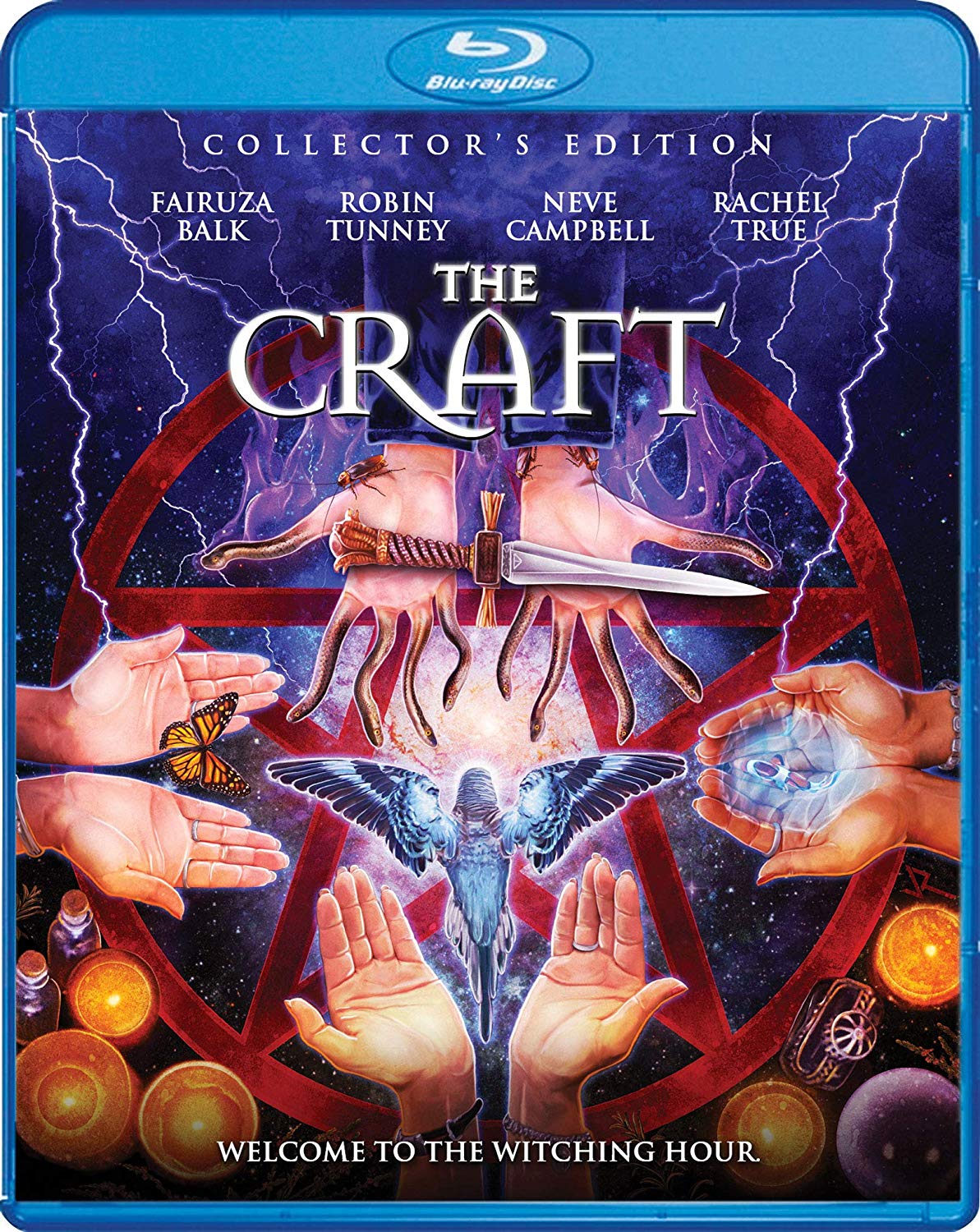 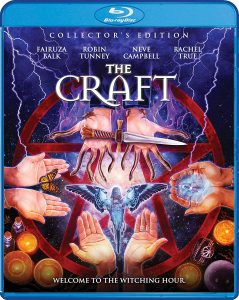 I was finishing my freshman year of college when The Craft came out. Even though I was a college boy I still related to high school characters, and I loved this Wiccan quartet. It was sort of that usual movie cliche of they’re supposed to be the awkward outcasts of the school but these were the four most beautiful women in the world to me. I wanted them to get powerful but to use it for good, not corruption.

I don’t recall seeing the original studio Blu-Ray release but I imagine this is the same transfer. It’s good because it still looks like the film that was projected in ‘90s mall theaters. The goth looks appropriately black but the nature of Wicca and high school is a contrasting green.

Four interviews with director Andrew Fleming, producer Douglas Wick, screenwriter Peter Filardi and makeup effects supervisor Tony Gardner corroborate many of each other’s stories, although there’s a varying stories of how Rachel True got cast or written. It’s a shame they couldn’t find the screen test of the slow motion walk, or the deleted scenes that weren’t included in the original dvd extras. But it paints the picture of how these creators got a risky female powered teen movie through the studio system, and why it totally shouldn’t have been rated R.