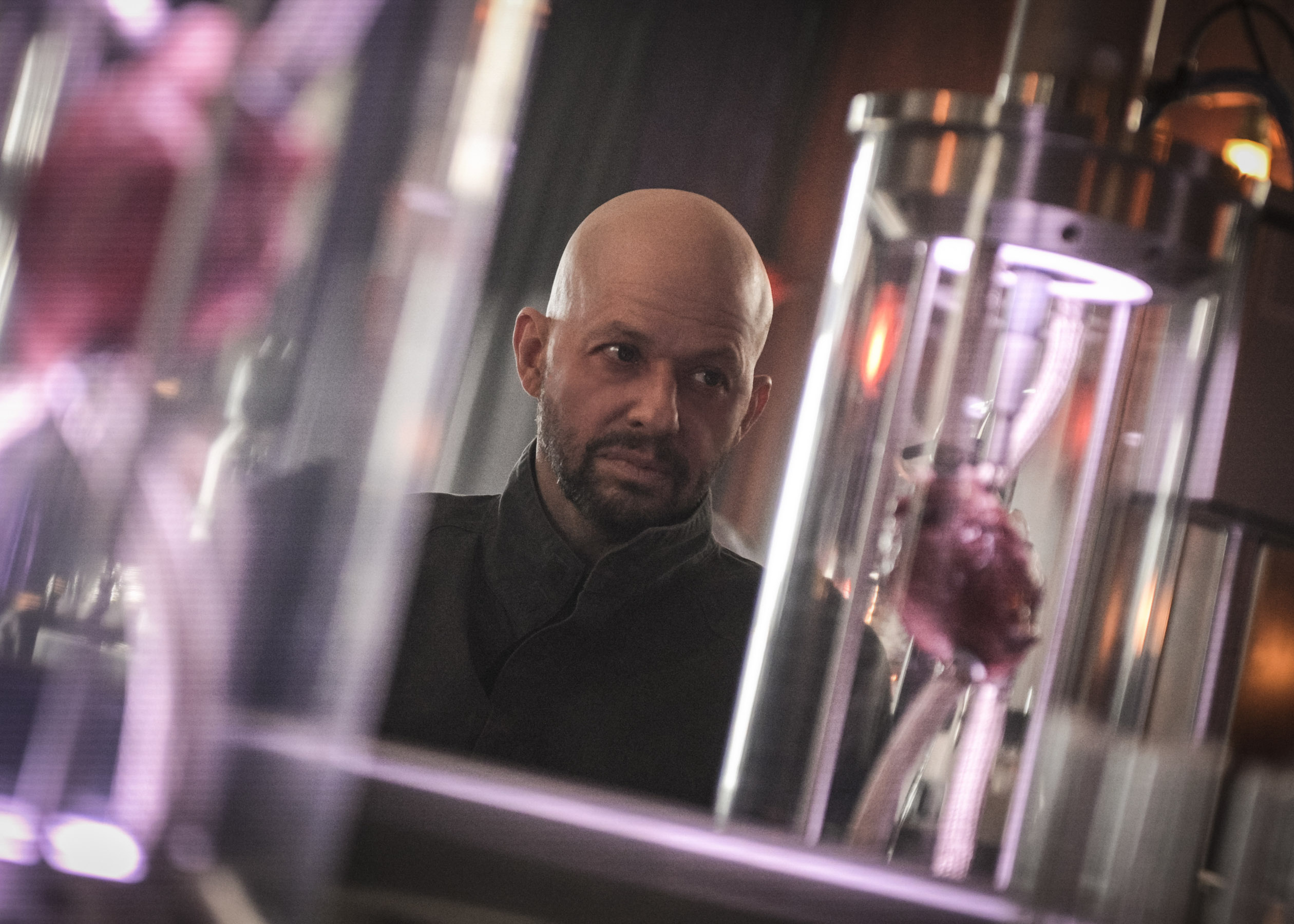 Lex Luthor shows up and he’s dying, and the super-serum Lena has been working on is the only thing that can save him.  So guess what?  Lex Luthor orchestrates an elaborate scheme to trick Lena into helping him. And step one was shooting Jimmy in the back last episode.

Then triggering Jimmy’s  legendary Superman-signal-watch, Supergirl finds dying Jimmy and super speeds him to the hospital. But Jimmy’s in bad shape.  And that forces ex-girlfriend Lena’s hand, and now she has to work with Lex  to perfect her super-serum.  Which she does, using Jimmy as a human guinea pig. Then once the serum works on Jimmy, Lex double crosses her and uses it on himself;  smart plan.

This Episode was a fun nostalgic romp, that was full of ‘Superman-The Movie’ easter eggs.  Lex was sick and guarded, so who shot Jimmy and set his elaborate and complex plans in motion?  It was his stooges, Otis and Miss Teschmacher of course. Versions of those comedic movie henchmen that were introduced in the Christopher Reeve classic.

Turns out that Otis is still stupid, but not fat, or dead.  He’s been using an image inducer to hide in plain sight, as Lex’s abusive guard.  And Miss Teschmacher has been a Lex Luthor recruit from the start.  Which actually doesn’t really make sense, but it’s fun.  So you can’t over-analyse it. You just have to suspend belief and accept that she’s been Lex’s mole since she was first introduced.

BIG UNANSWERED QUESTIONS: Did the super-serum also give Jimmy and Lex super powers?  Is Manchester Black really dead?  When Manchester Black attacked and prodded Hank, until Hank seemingly killed Manchester, was it actually just a ploy to turn Hank into a killing machine?  And wait!  When did James get a Sister?

But fret not y’all, Lex is back next week, and he brings the Russian Supergirl clone with him. Check out the promo…