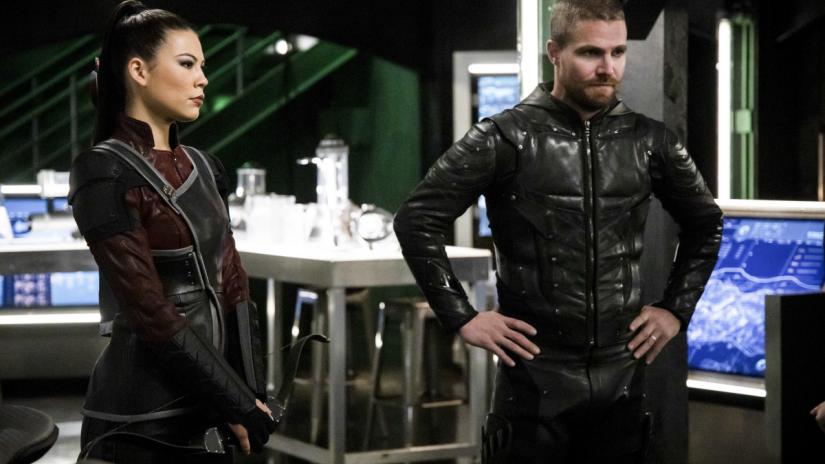 There are a lot of cool twists and turns this episode that you should check out before reading this. There are spoilers aplenty. Emiko is NOT who you think she is, and her big brother doesn’t want to believe it, until she tries to kill him. And this isn’t the first time. Turns out that she had a hand in the destruction of the Queen’s big boat, which killed Robert Queen, and stranded Oliver on that island. Yeah! She’s got Daddy issues.

“Robert Queen, you have failed this family.” We find out through flashbacks that Robert Queen left Emiko and her Mom out in the cold. Which is why she turned to Dante, as a youngster, and became part of the evil Ninth Circle. And in another big reveal, we found out that she’s not just a member, now she runs the whole darn organization. Plus, she punishes Laurel for tattling to Oliver about her true nature, by framing her for murder and outing her as the Black Siren. Ouch! Emiko don’t play!

And here’s the promo for the next episode, which doesn’t come around until April 15th. It’s called ‘Lost Canary’ and brings Sara Lance back to Arrow.