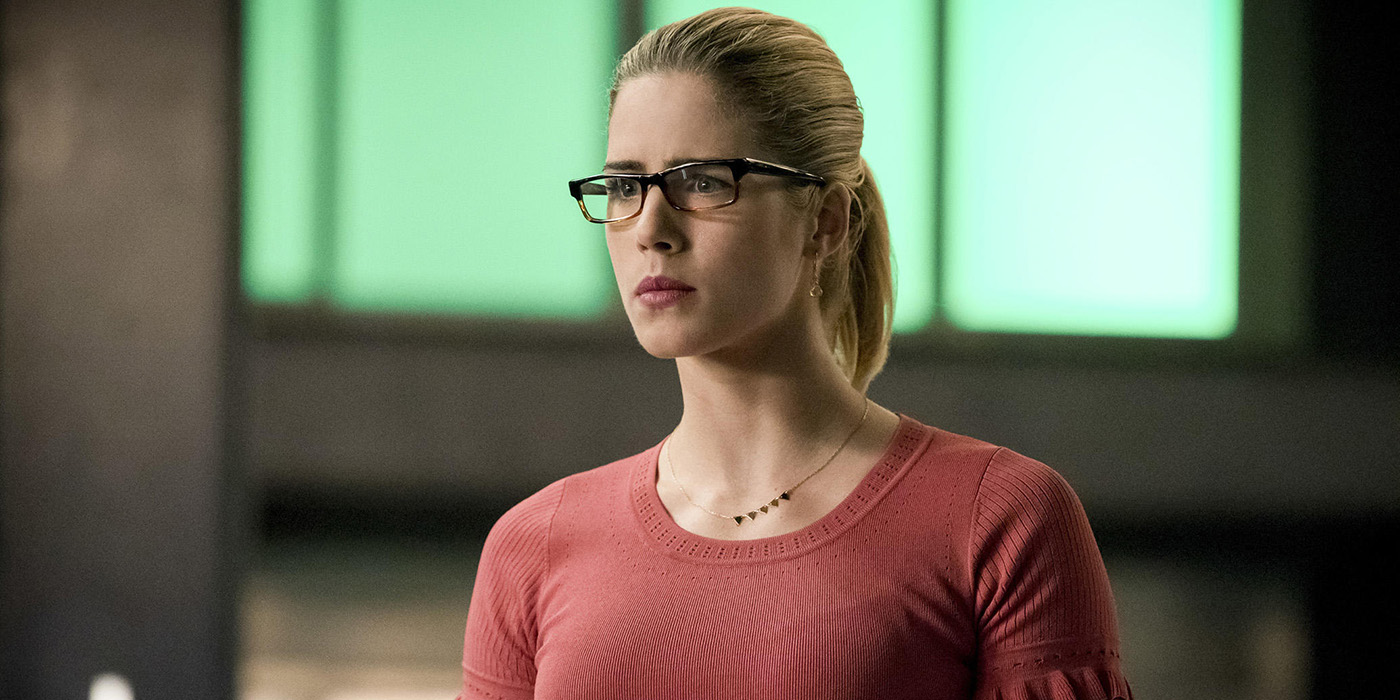 Walter Doty
Nerd Stuff
March 30, 2019
At the end of this season, season seven, Emily Bett Rickards, the actress who plays Felicity Smoak, has announced that she will be exiting Arrow. Which is weird because Arrow is ending after a short 10 episode season eight. The finish line is in plain site.  So what’s the hurry? Did she already book a new gig?  Was there a salary dispute? Or, did they just kill the character? And if so, why smoke Smoak now?

Wow! Well at least we know she’s not leaving the show to write poetry, or start a Rapp career.  Hopefully more answers about her departure will be revealed soon.  Here’s what executive producers Greg Berlanti and Beth Schwartz had to say about the shocking exit.

“We’ve had the pleasure of working with Emily since Season 1 and in those past seven years she has brought one of TV’s most beloved characters to life. And although we’re heartbroken to see both Emily and Felicity leave the show, we’re completely supportive of Emily and her future endeavors. She will always have a family at Arrow.”