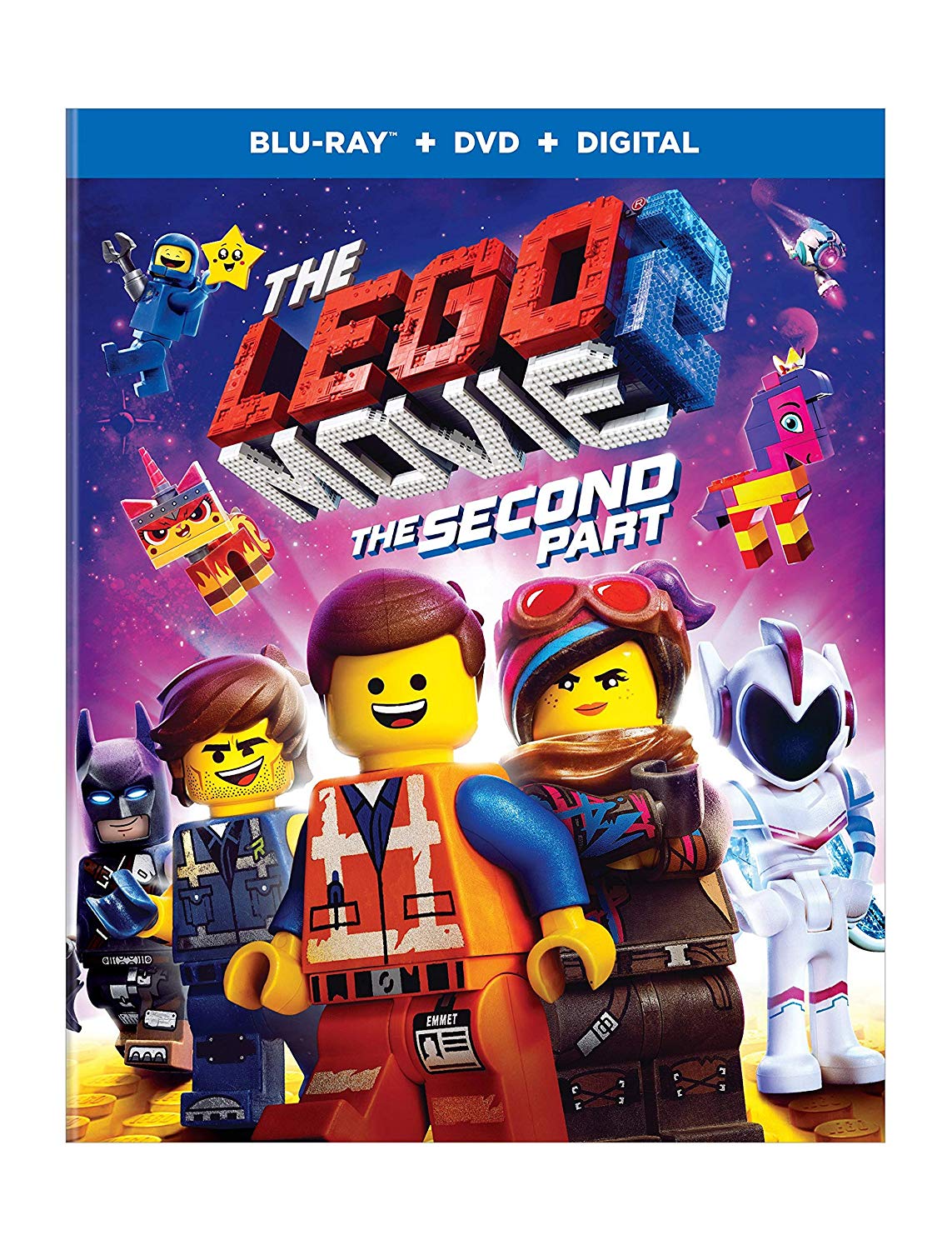 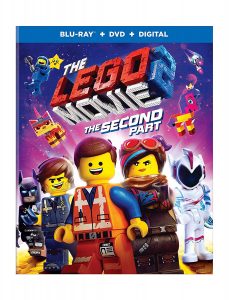 The Lego Movie was a brilliant satire of blockbuster movies, using the notion of kids playing with Legos to skewer narrative tropes. The Lego Movie 2: The Second Part really took it to the next level by telling a story about sibling rivalry, yet just as funny and moving as the original.

The Blu-Ray is popping with colors as Bianca (Brooklynn Prince) mixes all her blocks. You can see lots of detail in scratches and marker on the figures. The Sistar system is made of all new materials that give the animation a new look, a lot of surreal meta space between the worlds.

Phil Lord and Chris Miller give a good commentary with director Mike Mitchell and animation director Trisha Gum. In addition to talking animation shop, they reveal some alternate ideas they were pursuing early on and point out Easter eggs. They start confusing each other identifying whose imagination is narrating which part of the story, but that also speaks to multiple interpretations being valid. Plus they’re funny and irreverent throughout.

12 minutes of outtakes and deleted scenes in rough animation explore a bit more of Rex (Chris Pratt)’s lair and Queen Wa’Nabi (Tiffany Haddish)’s kingdom. A battle between Lucy (Elizabeth Banks) and Mayhem (Stephanie Beatriz) illustrates a bit of kids arguing. They’re interesting snippets of how the creators were exploring the themes but ultimately found their focus. A gerbil scene could’ve been wild if fully animated.

Emmet’s Holiday Party is a Christmas short I believe they released in December. It’s cute and incorporates a lot of the characters. “They Come In Pieces: Assembling the LEGO Movie 2” is a basic discussion of the themes and the cast talking about playing legos is fun. A lyric video to “Super Cool” is a strange anachronism since the lyrics are based on the credits.

Five promotional videos include original animation for a Silence Your Cell Phone bumper and a New Year teaser. A few have Lego company designers discuss the real sets based on the new characters.