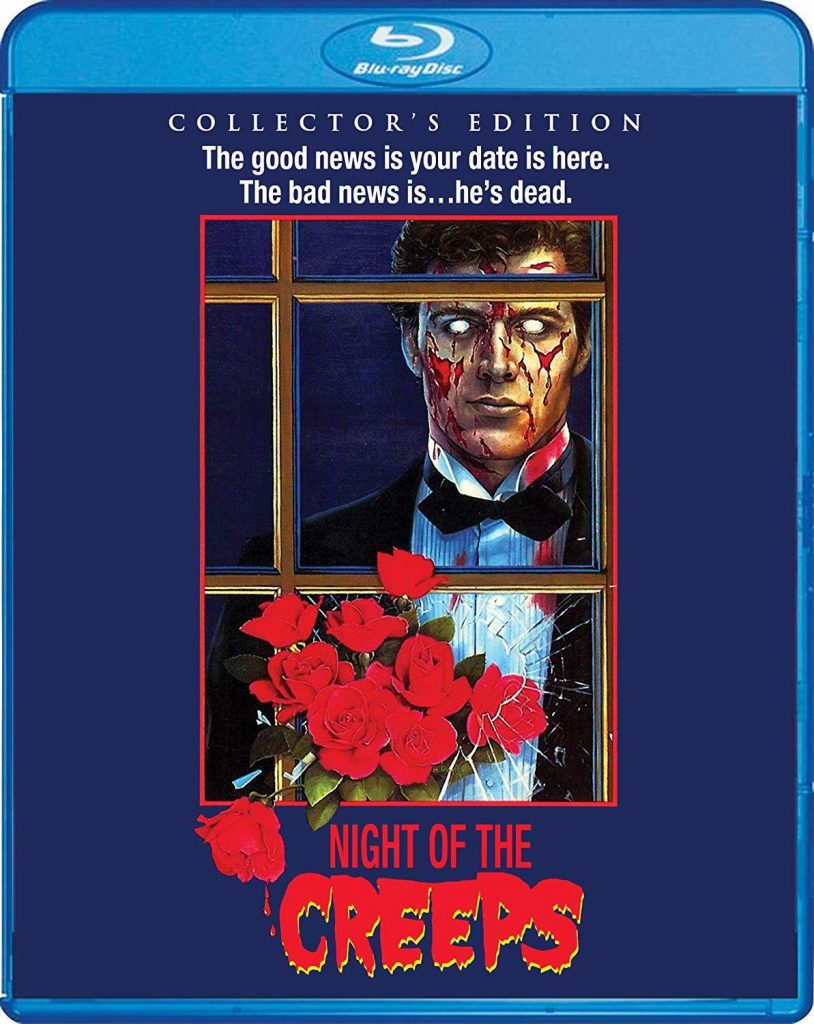 I give the Night of the Creeps: Collector’s Edition Blu-ray a B+.

I forgot how much I love 80’s horror after watching this and I can’t believe it took me so long to see it.  I had heard of this film for years but had never taken the time to watch it. Better late then never, right?

Yes, it was cheezy but I totally enjoyed watching this.  I liked how animatronics was used and not CGI.  It is a mix of comedy and horror.  A mix I wasn’t into until recently when I rediscovered the Evil Dead and became obsessed with it.  It had zombies before they became mainstream and it ended with somewhat of a victory.  Well somewhat as the creatures weren’t completely killed off.  Last but not least, The Nerd got the girl!

Catch Night of the Creeps: Collector’s Edition out on Blu-ray June 25th!