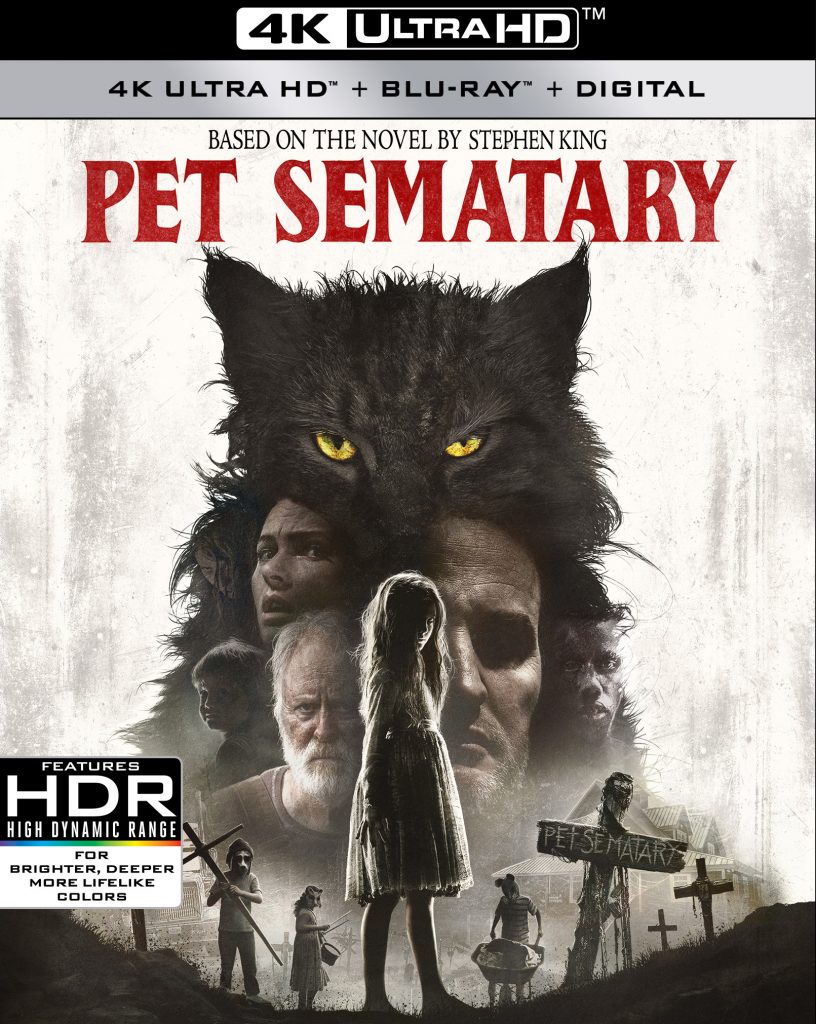 Dr. Louis Creed and his wife, Rachel, relocate from Boston to rural Maine with their two young children. The couple soon discovers a mysterious burial ground hidden deep in the woods near their new home. When tragedy strikes, Louis turns to his neighbor Jud Crandall, setting off a perilous chain reaction that unleashes an unspeakable evil with horrific consequences.

I give the Pet Sematary Blu-ray a B.

I was a little leery about this film as a remake (well, more of a reimagining) because usually these films end up as a disaster.  Especially with a film that is considered a popular horror classic.  But I watched it with an open mind and enjoyed it.  It wasn’t the greatest horror film I have ever seen but I did have fun.  Just keep in mind, in Pet Sematary 2019 they switched things around from its 1989 Counterpart. Hence making this film more of a reimaging of the film rather than a remake.

There are a few things I really liked about this film.  Anyone who knows me, knows I’m like a crazy cat lady.  I absolutely love seeing the cat or cats (I believe there were four: Leo, JD, Jaeger, & Tonic) who played Church on screen.  It’s amazing what animals are capable of doing.  Sadly about a month ago, one the cats (Leo) passed away from a condition that is prone to the breed.

Jeté Laurence who plays Elle did a wonderful job in the film.  Whenever a child actor is involved, I am always impressed with their performances.  She has an amazing gift and I hope to see her in more films in the future.  It had to be super fun playing a girl that comes back from the dead!

I always have fun watching horror films whether they are good or bad. Though the storyline for this film was ok.  There were elements I did enjoy within this film and I had fun watching it.