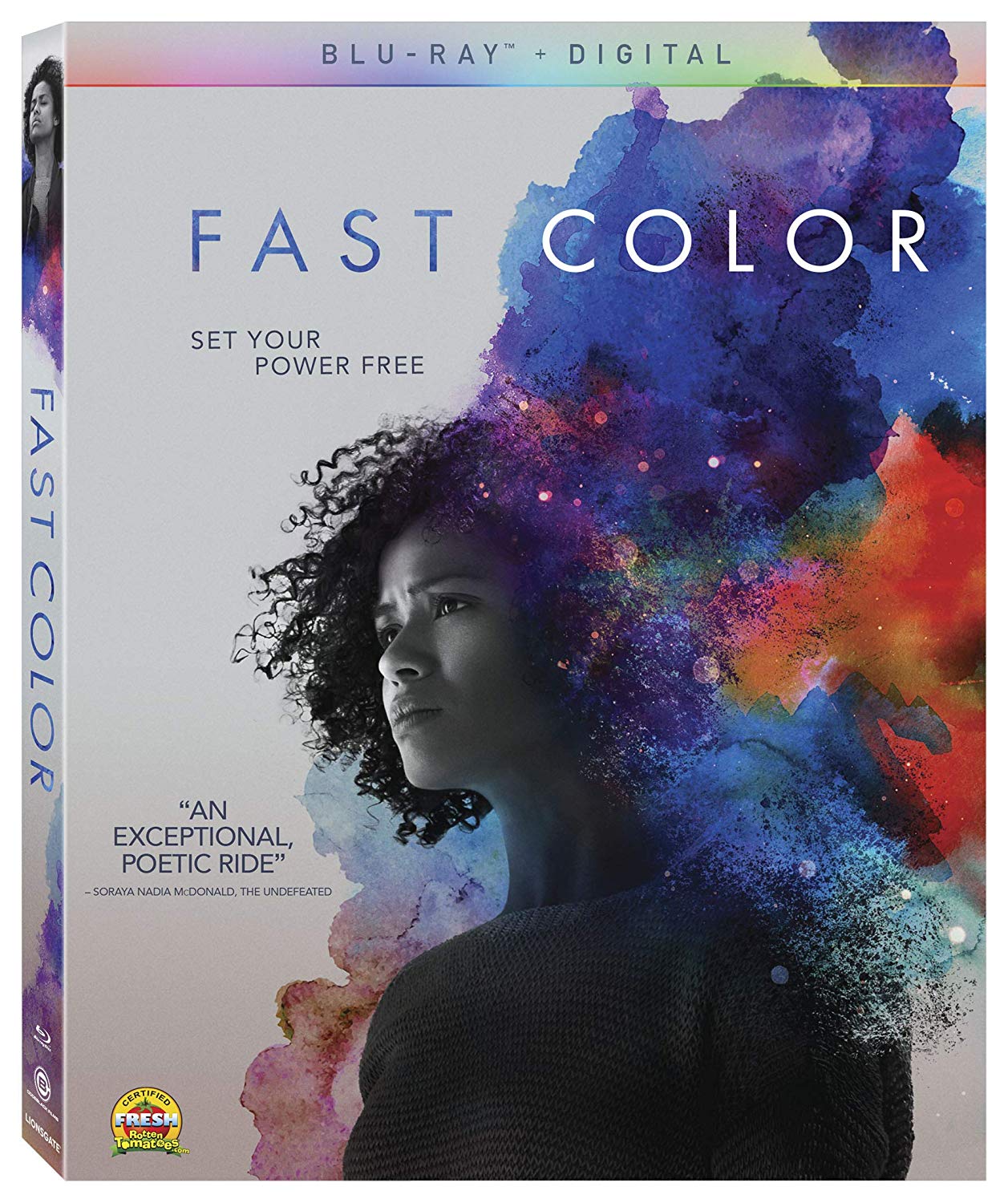 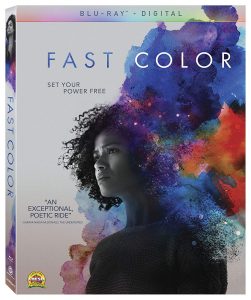 Fast Color is my type of movie. It’s set in a dystopian future where the survivors have to adapt to the new world. My favorite is when they have to look for supplies, but in Fast Color the most important supplies are water. It stopped raining so there is a finite amount of water left in the world and they have to use it sparingly. And also some characters have super powers.

I’m surprised after eight years the finite water supply hasn’t yet been completely exhausted. You’ve got to choose whether to drink it or clean with it. Would people stop working out because too expensive to rehydrate? I guess the rich still would. Coffee must be a luxury though they complain it’s awful. I imagine that’s not just that diner’s coffee but all coffee now that water isn’t fresh.

Fast Color offers minimalist thrills. Ruth (Gugu Mbatha-Raw) has an episode in a motel and escapes a car on a deserted road. That can be more exciting than big spectacle because it’s intimate.

It’s empowering to see this family of women learn about their powers. Spoiler alert: they end up coming into their powers. Ruth’s mother Bo (Lorraine Toussant) and daughter Lila (Saniyya Sidney) are all empowering characters like Ruth.

On Blu-ray, the desolation of a dry world without rain is stark and clear, peppered with color like green backpack, the disintegrated particles and when she sees the colors in the sky. The farm at night has a beautiful starry sky and flashbacks to a full color world are striking

A 15 minute “making of” feature delves into the allegory of power. Of course there’s a lot of Amblin influence. It’s about the costumes and cinematography.

Co-writers Julia Hart and Jordan Horowitz go into more detail in their commentary. The point out how they found Albuquerque locations that created this desolate world, production design that both built the world and hid modern society, and some insight into those night skies that stood out to me.  I also like Hart’s ideas about superpower movies that focus on the character drama. They get into feminism and toxic masculinity about 50 minutes in and it’s heartening to hear a couple so on the same page. That’s my dream.

They’re also planning a TV series which I haven’t seen covered yet. I hope this isn’t the last we’ve seen of Ruth, Bo and Lila.