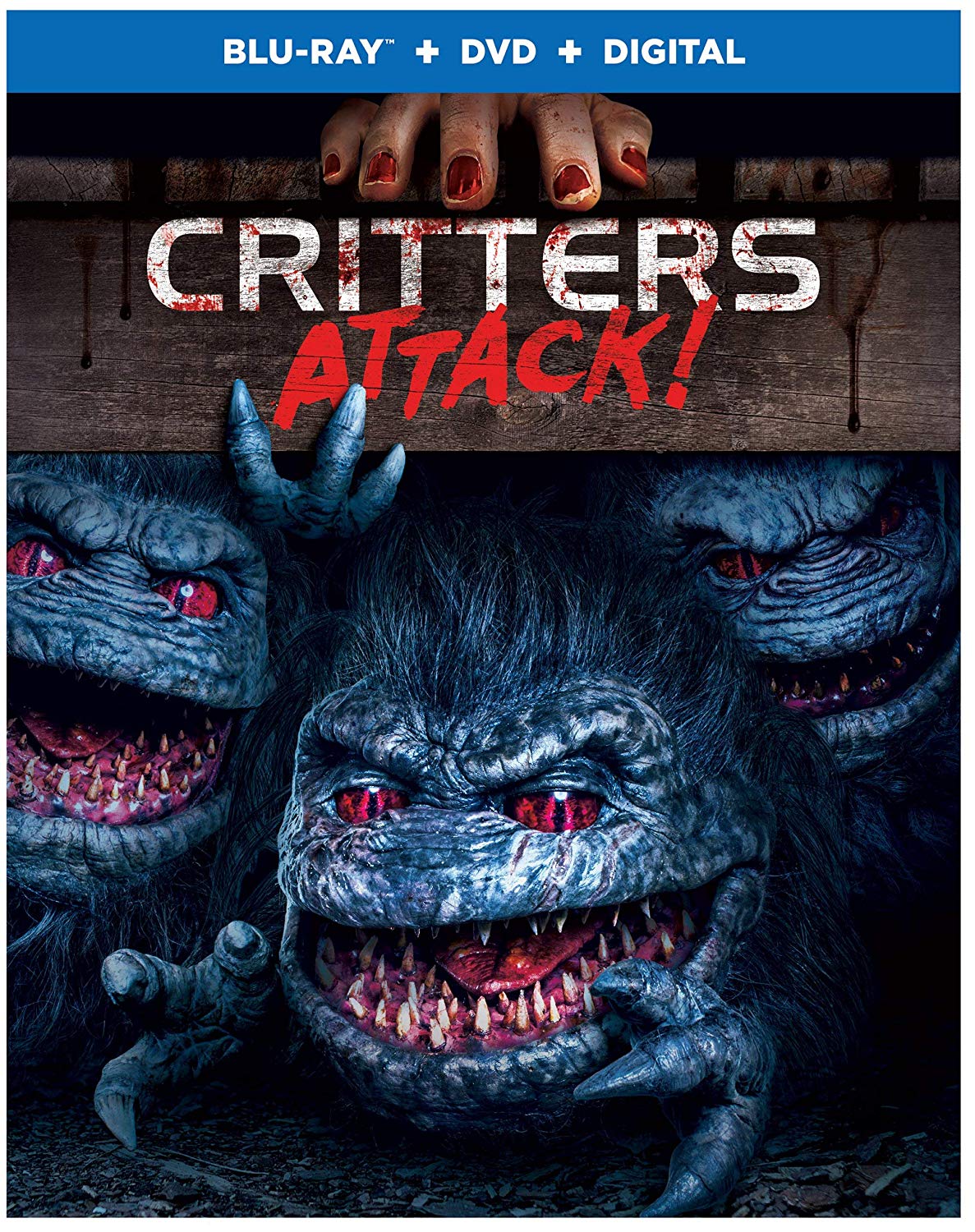 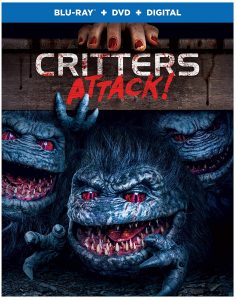 Franchise Fred is in Crite heaven with two new Critters sequels this year. Shudder premiered the series Critters: A New Binge which essentially amounted to an 80 minute movie. And Critters Attack is another sequel. Blue Ribbon Content made both.

It’s also a testament to how far the franchise has come. In the ‘90s, Critters 3 and 4 went straight to video, and straight to video was noticeably cheaper back then. Critters 3 took place all in one apartment building, and 4 was in space on a spaceship set that was manageable. Now a straight to video Critters movie holds up with the theatrical Critters films, which admittedly were always low budget.

These are two different Critters movie so I’d say they are parallel. Critters Attack’s Crites don’t talk so there’s less subtitled comedy. They’re more faithful to the original Crites, but we don’t have the faceless bounty hunters here. Dee Wallace fills that role. She now runs a command center and hunts Crites. It’s fun to have her back.

Both new Critters have diverse casts so that’s positive. Critters Attack has a good Crite named Bianca, who is sort of like a Gizmo, which is appropriate since Critters was originally a Gremlins knock off. The bad Crites don’t talk but they sure can eat. There’s a fun gag in the shower, and lots of shots of Crites on the roll. That’s good stuff.

It’s so interesting to see two takes on the same franchise revival that both pull different elements. Both have a sense of humor, but New Binge plays more with Crites as characters. Critters Attack focuses more on the macabre monster violence and badass Crite hunters.

Both center on young teens as the heroes though. In Critters Attack, Drea (Tashiana Washington) is trying to get into college and babysitting for kids (Jaeden Noel, Jack Fulton and Ava Preston) when the Crites attack. It’s an empowering Stranger Things-esque adventure for them all.

The bonus features go through all the puppeteering and practical effects. A six minute commentary with a real Crite is silly and fun.