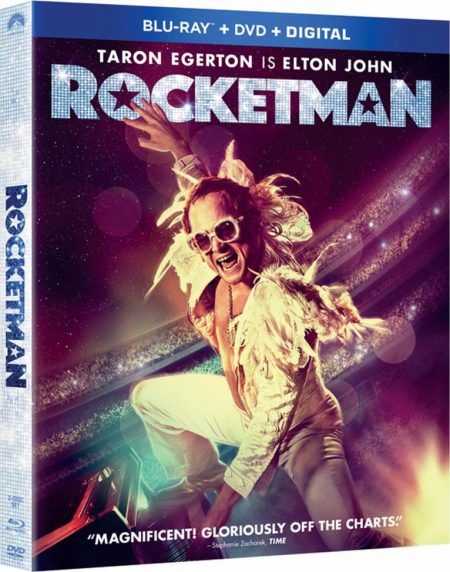 I give the Rocketman Blu-ray a B+.

Rocketman is a film that tells the story of Elton John.  It is more of a musical than a biopic. Or maybe a little bit of both.  This film does feature some of the more known songs by Elton John.

I enjoyed this film.  I loved the music.  Elton John was born with talent from a young child.  He could pick up anything from ear.  He is definitely a musical genius.  The only vice I have about this film is that it is more of a musical than a biopic.  I felt that this format took away from the storyline but I was still able to see the trials and tribulations that Elton went through and the musical numbers they did use went with what was going on in the scene. I also loved Taron Egerton performance as Elton John.  He looked the part and brought the over the top style of Elton John to life in this film.  Even the actor who played a young, Elton resembled the real one.