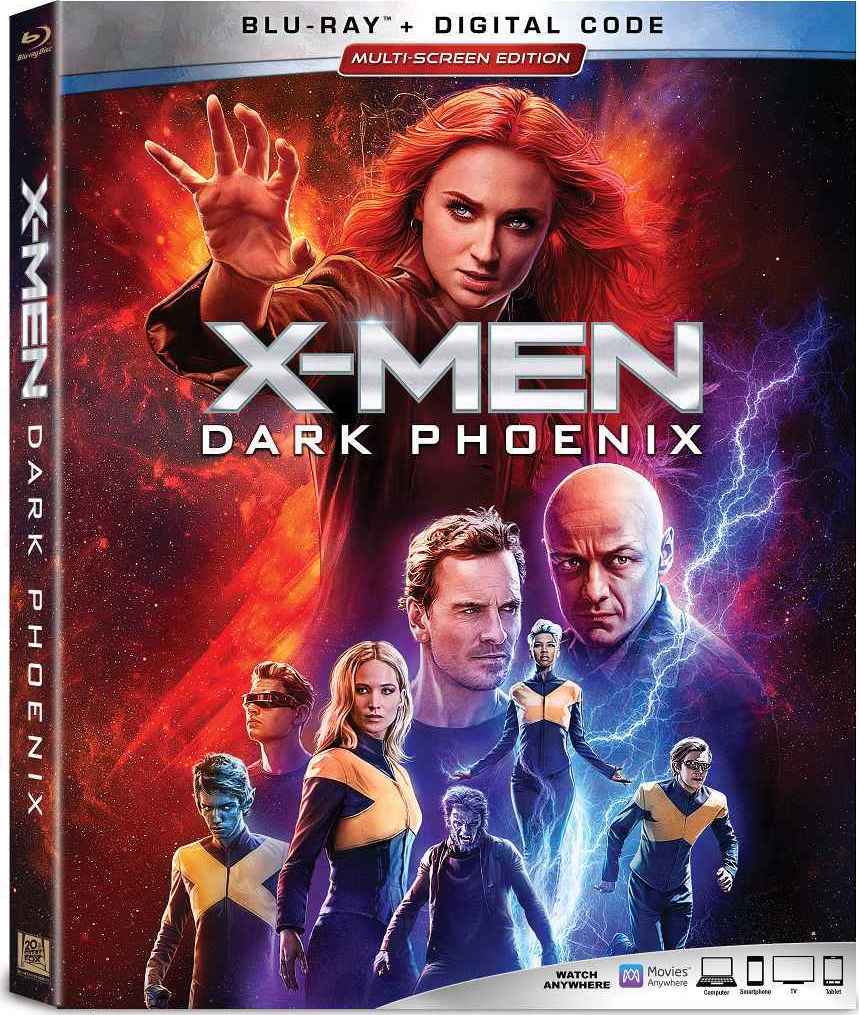 The X-Men face their most formidable and powerful foe when one of their own, Jean Grey, starts to spiral out of control. During a rescue mission in outer space, Jean is nearly killed when she’s hit by a mysterious cosmic force. Once she returns home, this force not only makes her infinitely more powerful, but far more unstable. The X-Men must now band together to save her soul and battle aliens that want to use Grey’s new abilities to rule the galaxy.

I give the X-MEN: Dark Phoenix Blu-ray a B.

X-Men: Dark Phoenix centers around the story of Jean Grey.  When she almost dies from a cosmic blast during a rescue mission in space, She realizes that she has become more powerful and very unstable.

Though this film has it’s slow moments, I understood why it was needed to explain the story of Jean Grey in order for you to understand the person she is and what she has become.  I really enjoyed her character. I could relate to her in many ways.  She was an outcast, even her own father didn’t want her.  It wasn’t that he didn’t want her.  It was because he didn’t have the means to understand her and help her.  Professor Charles Xavier did everything he could to help her even if he lied that her father had died.

I forgot how much I like James McAvoy’s performance as Professor Charles Xavier.  He is brilliant in any role he takes.  This film was no different.

Though this film has it’s slow moments, it makes up for the non-stop action.  The last act has you gripping the edge of your seat.