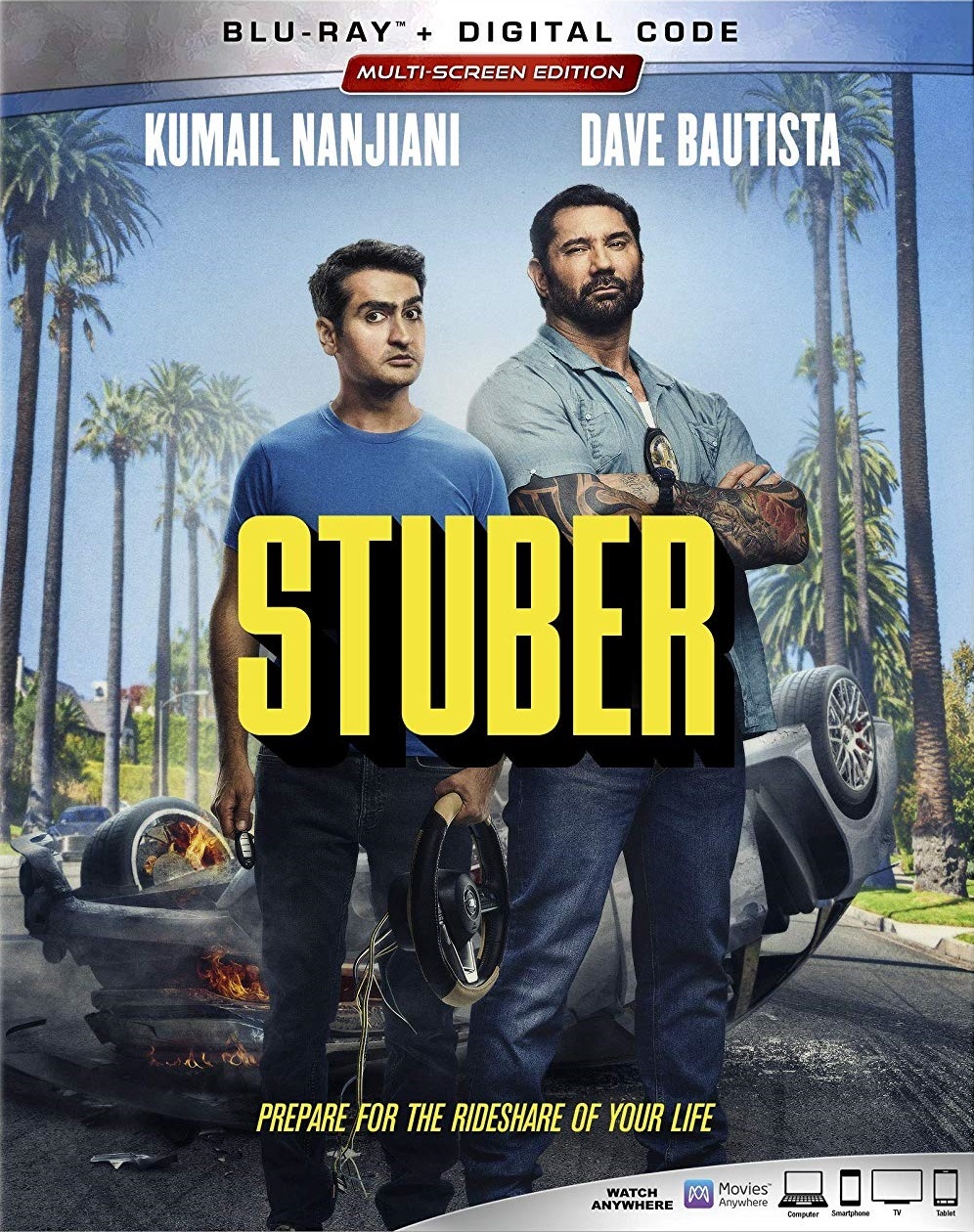 A quick-tempered cop who’s recovering from eye surgery recruits a mild-mannered Uber driver to help him catch the heroin dealer who murdered his partner. The mismatched pair soon find themselves in for a wild day of stakeouts and shootouts as they pursue violent criminals through the seedy streets of Los Angeles.

Stuber follows Vic (Dave Bautista) an LAPD Detective who has been trying to arrest and capture Oka Tedjo (Iko Uwais) who cold bloodily murdered his partner. After getting Lasik surgery and not able to see clearly, Vic calls an Uber Driver, Stu (Kumail Nanjiani).   An adventure persues as well as an unlikely friendship.

I actually really enjoyed this film.  I wasn’t expecting much as I didn’t know much about this film.

I was super impressed with Dave Bautista.  I haven’t really seen him in many films and prior to this, the only thing I really saw him in was WWE.   He did a great job of his portrayal of Vic who was so obsessed with capturing Tedjo and avenging his partner’s death that he put even his family and daughter on the sidelines.  My favorite scene with Vic was when he had just gotten his lasik surgery and he received a lead for Tedjo.  He attempts to drive and he can’t see.  He drives his car over everything.  I was laughing so hard I had tears in my eyes.

I really like Iko Uwais (Tedjo) in the villain role.  He didn’t have many lines in the film but his facial expression and actions gave off a person who didn’t care who he took down to get to the top.  He had a few scenes showing off his martial arts skills.  I just wish he could spar a bit longer with Vic (Bautista) or maybe even Stu (Kumail Nanjiani).

I liked how Stu was the voice of reason.  He was kind of the shoulder to cry on.  The person that gave advice. I liked the unlikely friendship that grew between him and Vic.  He even risked his life to save Vic as well as his daughter.