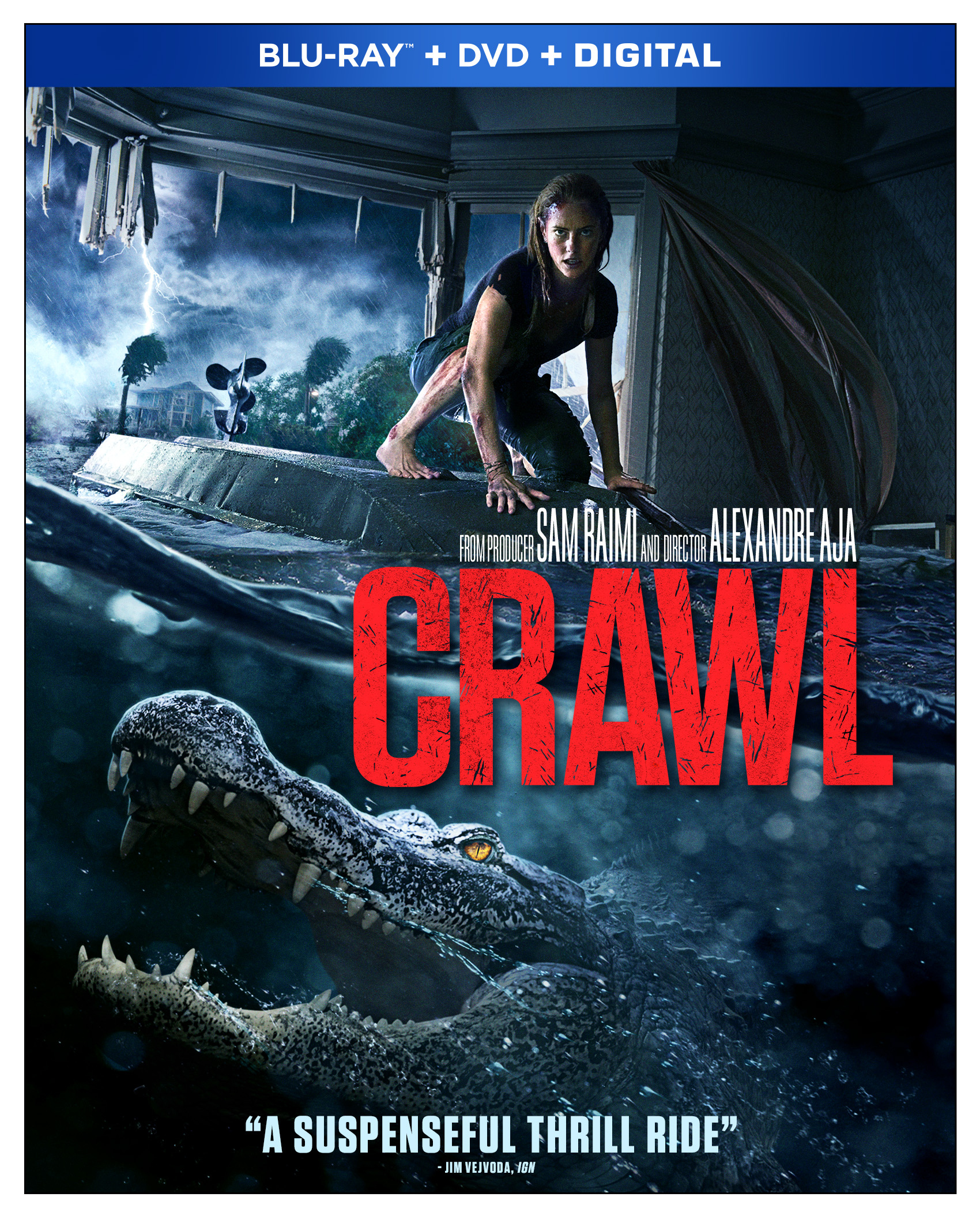 One of the great joys this past summer was Crawl, a high concept movie like they used to make in the ‘90s. A girl (Kaya Scodelario) goes to rescue her father (Barry Pepper) from a flood when alligators wash into their house. Crawl delivered the goods this summer and it’s already been on Blu-ray for over a month so I’m sorry it took me so long to get to it.

Crawl comes as highly recommended now as it did over the summer, and Blu-ray gives it a thrilling presentation. It’s a dark setting in the overcast storm and underwater but you can see all the mud and the scales. Above water, everything has a slick look.

The alternate opening is a beautiful four minute motion comic they never shot with a family trying to evacuate. Crawl doesn’t need it. We’re invested in Haley (Scodelario) and Dave (Pepper). You don’t need a cold open with randos and we trust Alexandre Aja to deliver the gators, although I respect he was willing to traumatizing two children. It’s a fun standalone Crawl short now.

There are three deleted scenes: a bit more on swim team, a father/daughter argument and a longer CPR scene. They really milked it even more.

Crawl gives a full 30 minutes behind the scenes and producer Sam Raimi totally fanboys over Aja. It’s a detailed walk through of the water tank sets. There’s also an 11 minute feature on visual effects.