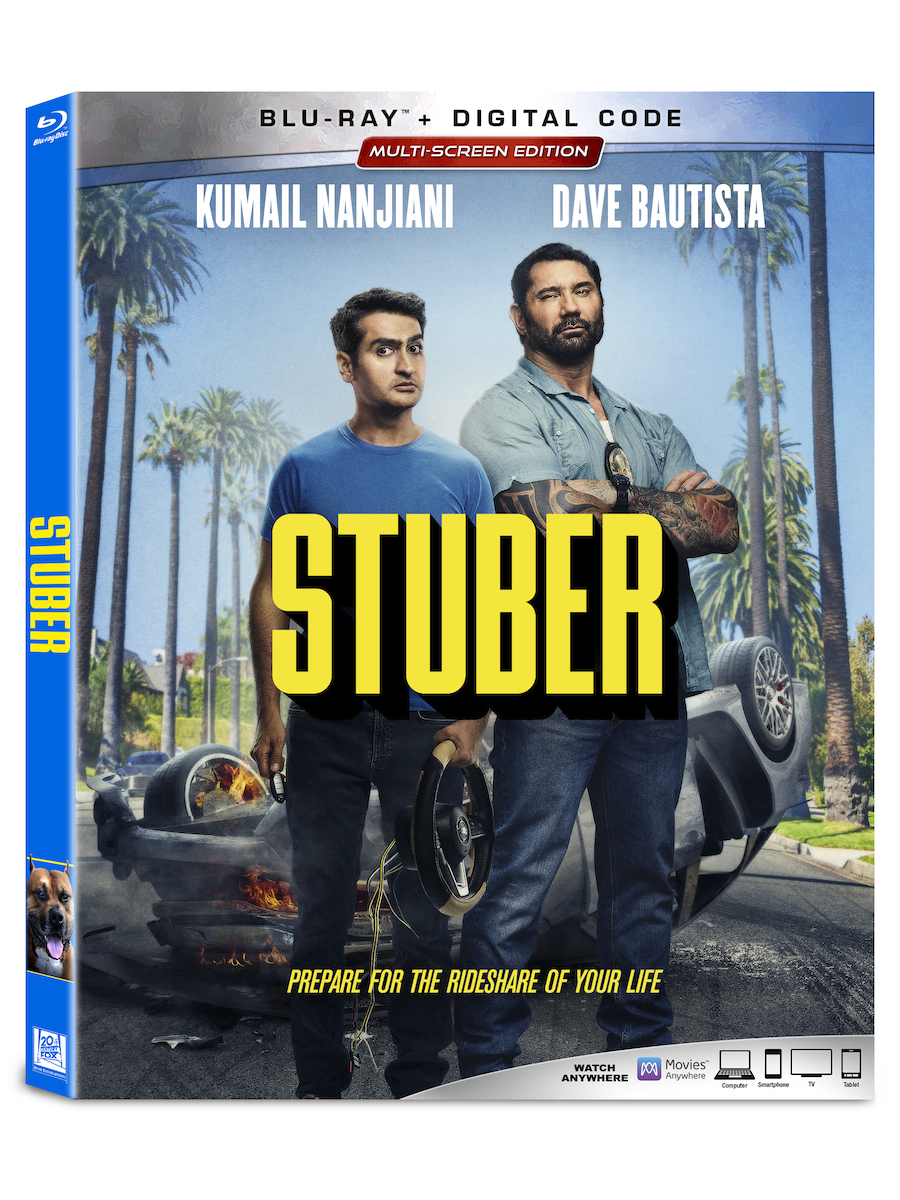 Stuber updated the buddy cop movie for the rideshare era. Instead of mismatched partners, Stuber matched a rogue cop (Dave Bautista) with an innocent Uber driver (Kumail Nanjiani). Their chemistry was fun and they had quite a crazy adventure in 90 minutes.

On Blu-ray, Stuber looks great. The heat of the summer is palpable, and its golden hue makes the action feel like a Jerry Bruckheimer movie.

Nanjiani and director Michael Dowse give a full commentary. There’s never a lull in the audio but it’s also all happy anecdotes. There’s no real dirt to be found, but they keep a lively discussion going on.

Of course there are alternate jokes and they’re all good. You just can’t use them all in a single scene, but now you can hear them later.