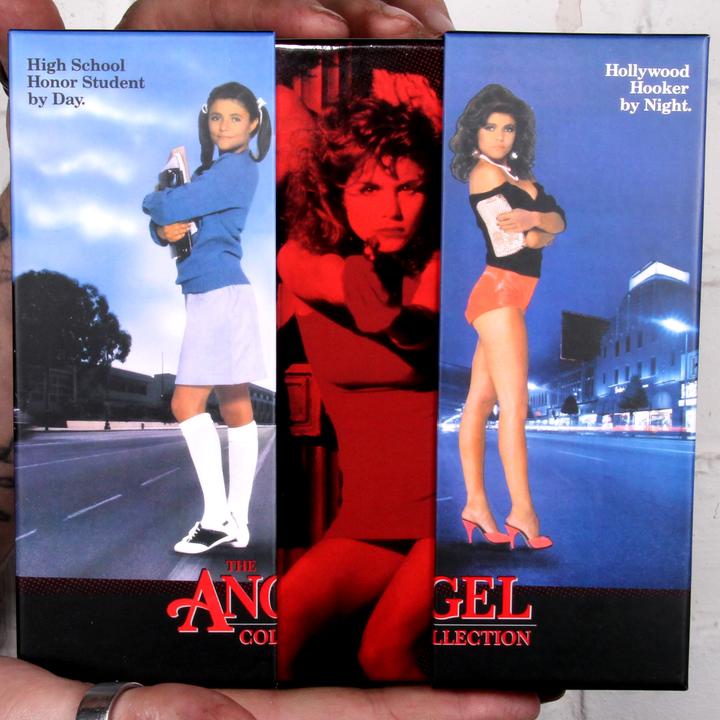 When I was a kid going to the video store, I’d always see the Angel movies sitting on the sheles. They had a catchy high concept tagline: “High school honor student by day, Hollywood hooker by night.” I thought when I grew up, I’m going to rent those movies and I’m going to see Angel after hours, if you know what I mean… Then I grew up and didn’t watch them for a while.

When I finally watched the Angel movies on DVD, I was surprised how seriously they took them. These weren’t sleazy ‘80s exploitation movies. Well, they were, but they were real movies that developed the characters and constructed a real mystery for Angel to solve in each one. Avenging Angel is my favorite because it’s the most outrageous, but they’re all good and now that I live in L.A., it’s fun to see some of the Hollywood spots as they used to be.

By nature of the fact that any movie in the ‘80s had to shoot on film, they hold up with the contemporary films of the ‘80s. Since Hollywood studios ignore these little grindhouse movies, Vinegar Syndrome gave them a Blu-ray transfer so they can still look like their contemporary ‘80s movies restored.

The bonus features take these movies seriously too. They delve into the filmmaking and acting with the filmmakers and stars. The talent have no pretentious. They were doing the best they can which makes their stories more interesting than the studio film soundbites.

Deleted scenes are missing the audio so you can’t hear the dialogue. It’s mostly reaction shots, getting ready, but one additional topless scene. The commentary on Angel III: The Final Chapter (which wasn’t, there was an Angel 4, not included), is a career interview with director Tom DeSimone. He shares lots of stories about his other films and talent he worked with.