The COVID pandemic has many creative minds and professionals taking to the internet to inspire and interact with fans. Not too long ago, Zack Snyder held a live watch party for the 4th Anniversary of Batman v. Superman: Dawn of Justice via his Vero account. Not to be undone, James Gunn, director of the MCU’s Guardians of the Galaxy franchise as well as Warner Bros.’s upcoming soft reboot, The Suicide Squad, also held a watch party yesterday interacting with fans via Twitter. One particular tweet caught the eyes of many fans:

Gunn teases that Rocket’s origin will play a big part in the future of the MCU. For those not familiar with the enigmatic character, in his original comic origin, Rocket comes from the planet 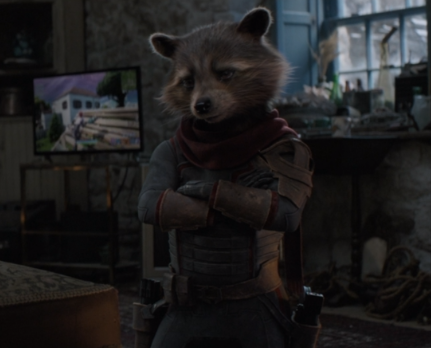 Halfworld, an abandoned colony for the mentally ill. Rocket, along with other animals, were genetically enhanced to be as intelligent as humans. The enhanced animals were to provide the patients of Halfworld caretakers. Later it was revealed the Stranger created the Rocket.

As we see with many comic film adaptations, this will most likely change. The rumors have pointed at The High Evolutionary to be Rocket’s creator, who is a more well known and powerful antagonist in the Marvel Universe. There are in-universe reasons for this speculation. The High Evolutionary is linked with Adam Warlock, who was teased at the end of Guardians of the Galaxy Vol. 2. It would make sense that Adam would make an appearance in the third installment of the franchise, giving a convenient link to Rocket’s origin story. Whatever the story ends up being, I am sure Gunn and Kevin Feige have a spectacular movie in the making.

Currently, Guardians of the Galaxy 3 does not have a release date, and production is on hold due to the COVID pandemic.

My video on Zack Snyder’s watch party can be found here:

G.A. Lungaro is a writer and author of the new fantasy novel Souls of Magic’s Dawn and host of the Star Wars and otehr nerdy centric Youtube channel called The Grey Council. He hails from the diverse city of Chicago, Illinois along with his partner Marie and their three fur babies Caramon, Leo, and Ghost. He is also the father of three adult children and step-father to Marie’s young son. He has been an avid reader and lover of the fantasy genre ever since he read it for the first time at 15. Inspired by such authors as Tolkein, George RR Martin, and Anne Rice, he has chosen to add his voice to the fantastic world-building done in the genre. As a Youtube creator, better known there as Darth Daddy Lunga, he began the channel The Grey Council in November 2019. As a fan of Star Was he strives to bring the galaxy together one fan at a time in balance with the Force and following the tenants of #thegreyorder as well as covering other nerdy content like Sci-Fi, fantasy, and the comic genre.