If you’re a DC Fan and a Teen Titans fan, and didn’t have DC Universe, you can now watch the dark and more adult live-action ‘TITANS‘ on HBO Max.  Both season 1 & 2 are on HBO Max now, and season 3 is currently in production. 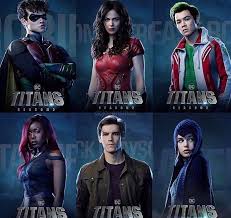 And while I do enjoy Titans, for the most part.  The series has it’s hits and it’s misses.  While it is supposed to be about the Titans, as a superhero team.  After two seasons, they still haven’t gotten there yet.

And though an ensemble, they spend the entire two seasons working out Dick Greyson’s angst, which leads to his eventual evolution. And the rest of the team suffers because it leaves little time for their character arcs. But it’s still a good show. 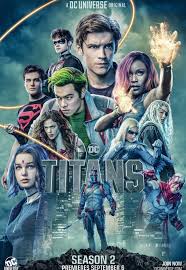 Who are the Titans you ask?  Well the core team they start with on the show is; Robin (Dick Greyson), Starfire, Beast Boy, and Ravin.  But as the show progresses they add; Hawk, Dove, 2nd Robin (Jason Todd), Wonder Girl, Superboy (Conner Kent), Krypto, Ravager, Jericho,  and Aqualad.  That’s a lot of characters to service, and the show isn’t great at it.  But it’s still enjoyable…

Check out a trailer here: