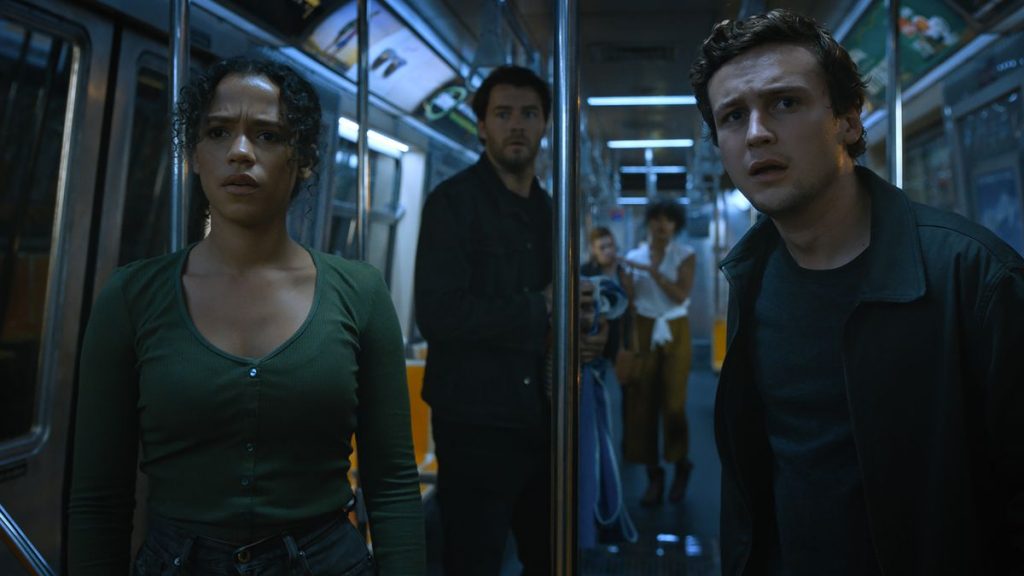 Franchise Fred approves the Escape Room franchise. They can keep putting players through deadly traps for as many sequels as they can sustain it. Just in time for Halloween, the summer horror sequel Escape Room: Tournament of Champions comes home, with an alternate version so different it’s almost like The Richard Donner cut of Superman II. They’ve released the Robitel cut.

The extended cut has a brand new opening sequence, after the recap of Escape Room 1. It takes place in 2003, at the mansion of the future puzzlemaker (James Frain), his wife (Tanya van Graan) and daughter, Claire. It’s good those actors got reinstated but it’s kind of a basic premise where the puzzlemaker is a workaholic who drives his wife to divorce. You get a bonus escape room out of it, even with the cliche motivation. Here, less is more and the puzzlemaker is not Jigsaw.

The total movie is not just eight minutes longer. The whole end is different. Amanda (Deborah Ann Woll) does not return in this version, but adult Claire (Isabelle Fuhrman) does. Ben (Logan Miller)’s second trap is a callback to the new prologue.

It changes the overall puzzle. I can’t say it’s necessarily better. The new ending gives the franchise more room to go in the future. But it’s cool when there’s something this different to show how films evolve. They should always release the original cut. If they really improved the film, it’ll show.