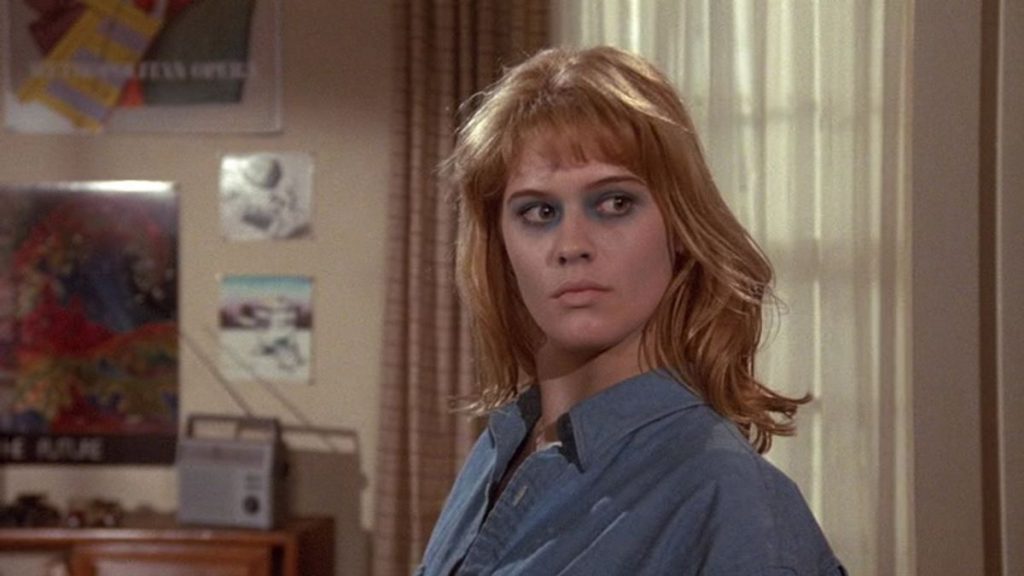 Deadly Friend is nobody’s favorite Wes Craven movie, least of all Craven’s. Even if it doesn’t compare to Nightmare on Elm Street, Scream or The People Under the Stairs, Deadly Friend is a hoot. It’s teens playing with powers over their heads, in this case robotics.

Samantha (Kristy Swanson)’s abusive father ends up killing her. So her neighbor (Matthew Labyorteaux) brings her back to life with a computer chip. But now she has super strength and gets revenge on mean adults. It became an ‘80s gore movie against Craven’s intentions, but it’s a fun one.

Swanson did an interview for this special edition. It’s only nine minutes long but she describes the script changes that came in two to three weeks into production. She describes the alternate to the basketball death and shows the head cast the makeup department gave her when the movie wrapped.

Screenwriter Bruce Joel Rubin is a big get too. He wrote Ghost! He backs up Swanson’s account, but adds in the epilogue that after they added more violence, they made him cut it out.

Makeup effects artist Lance Anderson and composer Charles Bernstein give interviews too. Bernstein’s is interesting because he explains the difference between acoustic and electronic music to indicate before and after Samantha’s transformation. All the extras are dedicated to Craven which is nice.