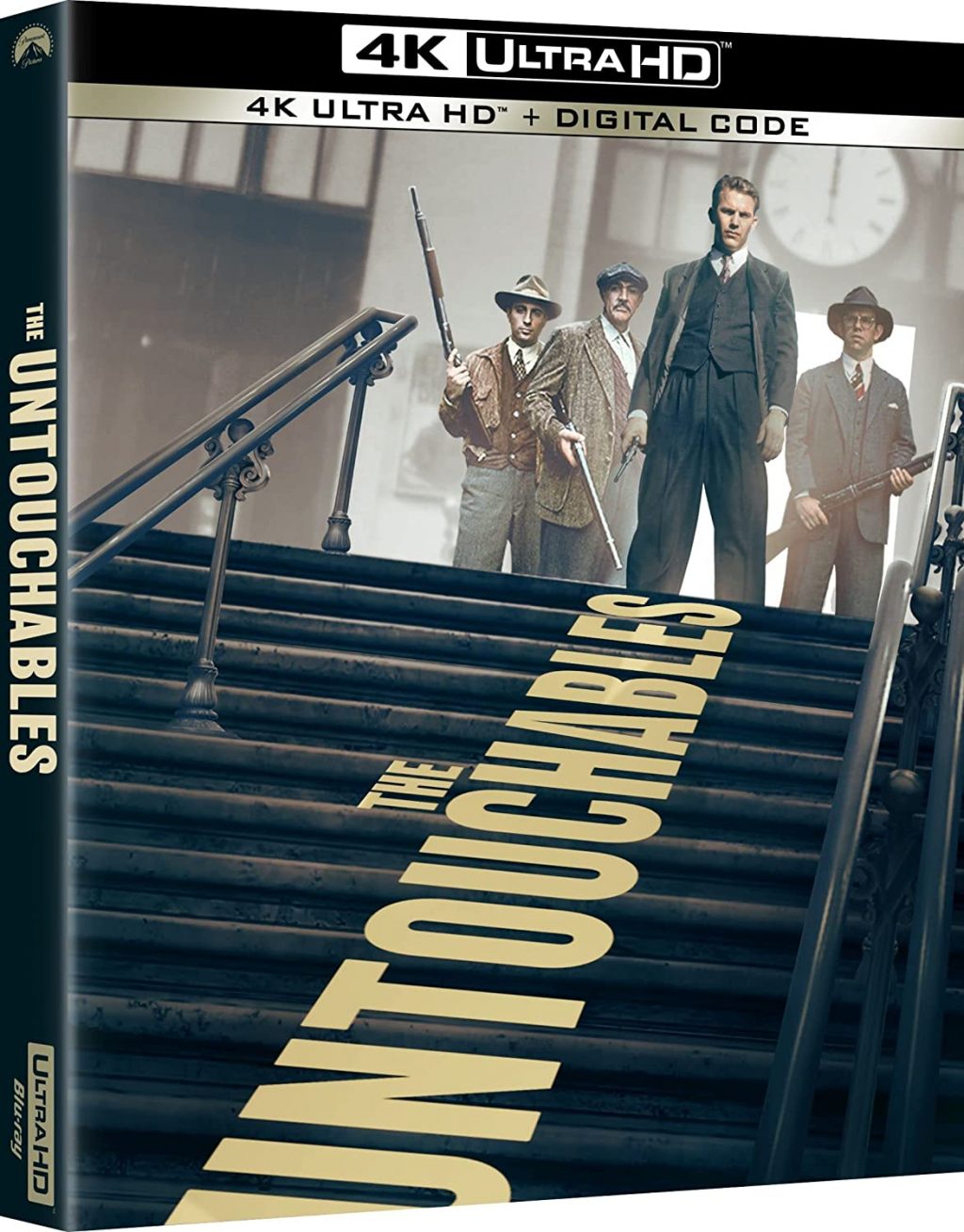 I missed The Untouchables in theaters in 1987, not because it was rated R but because I was just a tad too young to have interest in it yet. For most of my life, I’d only seen it on cable, DVD or Blu-ray, though I was finally able to see it at the New Beverly here in L.A. That was a rewarding theatrical experience, but the new 4K UHD Paramount Home Entertainment released today takes even the film print to the next level.

The 4K UHD maintains the film grain so it still looks like The Untouchables. The 4K clarity and detail highlights the period details of Chicago streets, cars and wardrobe. The low angles Brian De Palma favors also gives you a good look at the ceilings of those locations.

4K really highlights the shadows, especially when Ness leads back alley raids and sits in a darkened police car at night. But the middle section with the raid on a bridge gives the film a burst of open nature. Of course, in the train station set-piece, blood explodes against teh cold stone columns and stairs.

The Untouchables has a good surround sound mix too, for a film that likely had a much simpler theatrical mix in 1987. Knocks on the door, police clatter during the raid and of course gunshots ring out in the rear speakers. Even booze leaking from a shot barrel pours right into your ear. Ennio Morricone’s score also fills the room, not just the front channels.